Longwood couple purchases Minion toy from McDonald's that seems to be saying, 'WTF' 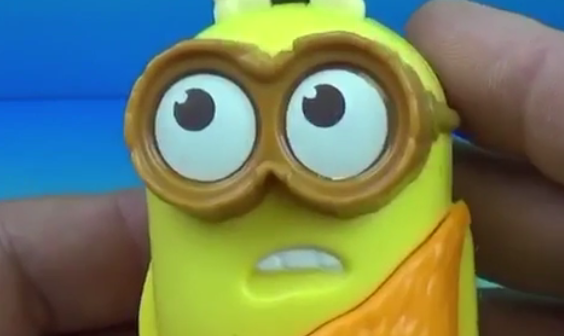 As we all know, Minions, from the new Universal movie of the same name, speak a made-up language called "Minionese." But a Florida couple thinks the McDonald's Happy Meal toy they purchased for their grandkids is actually saying "What the F*ck?!"

Local man and grandfather, Bradley Merted, purchased the Happy Meal from a Longwood McDonald's and is convinced the child's toy is dropping the mother of all swear words.

"It turned out to be a toy that decided to talk profanity," Merten said to WFTV. "I can't believe it's coming out of a toy."

In response to the issue, McDonald's claims it's a just a coincidence. “Minions speak ‘Minionese,’ which is a random combination of languages and nonsense words,” said a spokesman to a Fox affiliate.

This is fine and probably true, but it's hard not to think this particular Minion isn't talking like a sailor. Click the volume button on the bottom right corner to hear the audio.