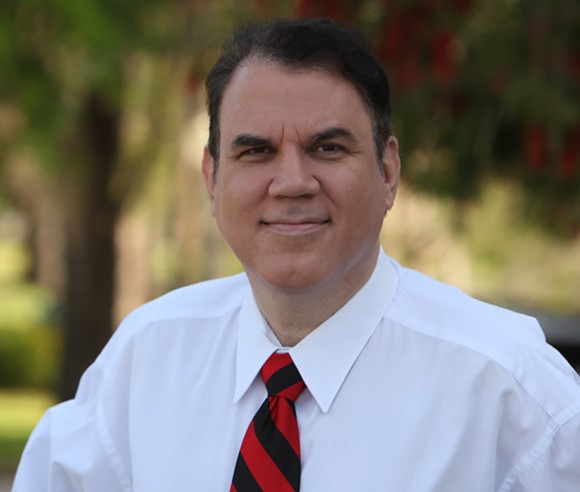 Grayson, known for his outspokenness, is a favorite of many liberal activists and will battle Southeast Florida Congressman Patrick Murphy for the Democratic Senate nomination. Murphy, who entered the race in March, has received backing from a long list of party leaders —- and also has the support of the Democratic Senatorial Campaign Committee.

During the interview with WESH, Grayson gave a hint of what could be a line of attack against Murphy as they try to sway Democratic voters: "He's a Republican,'' Grayson said. "He's really a Republican pretending to be a Democrat."

But party leaders clearly see Murphy as a better general-election candidate than Grayson. Murphy, 32, knocked off high-profile Republican Congressman Allen West in 2012 and cruised to re-election last year in a swing district that includes St. Lucie and Martin counties and part of Palm Beach County.

"Patrick Murphy's record of fighting for Florida's working families, seniors and the environment make him the strongest candidate to win the Florida Senate race and flip the seat,'' the Democratic Senatorial Campaign Committee said on its website.

In response to Grayson's candidacy, Murphy released a statement Thursday touching on his support for issues that are important with Democratic primary voters.

"I look forward to a clean, honest discussion of the issues in this primary,'' Murphy said. "I have built a strong record of working together to get things done, while remaining true to core Democratic principles like protecting Social Security and Medicare, fighting for a woman's right to choose, and strengthening the middle class."

The battle to replace Rubio likely will be one of the most closely watched races in the country next year, as Democrats hope to take back control of the Senate and Republicans try to hold onto the seat.

The Republican field remains somewhat unsettled, with Northeast Florida Congressman Ron DeSantis and Orlando businessman Todd Wilcox already in the race. Lt. Gov. Carlos Lopez-Cantera could announce next week whether he will seek the GOP nomination, and speculation also has focused on a possible bid by Northwest Florida Congressman Jeff Miller.

At this stage, however, the race does not appear to have a clear front-runner. A Quinnipiac University poll last month showed that most Florida voters knew little about Grayson, Murphy, DeSantis and Lopez-Cantera.

"The U.S. Senate candidates in Florida might want to put their pictures on milk cartons to increase their visibility,'' Peter A. Brown, assistant director of the Quinnipiac University Poll, quipped when the poll was released.

Grayson, 57, was elected to Congress in 2008 but lost a re-election bid two years later to Republican Daniel Webster. After congressional lines were redrawn, Grayson won a 2012 election to return to the House in a district that includes Osceola County and parts of Orange and Polk counties.