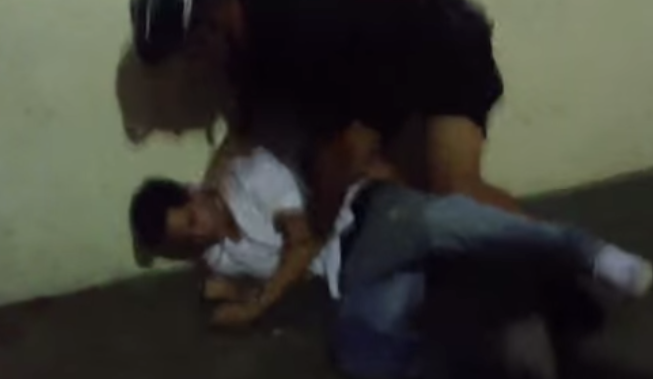 A video is circulating that appears to show an Orlando police officer repeatedly and excessively punching a 19-year-old who is pinned to the ground.

According OPD, the incident happened on July 5th, under a parking overhang at 47 W. Jefferson street in Orlando.

At one point in the video, you can see Napolitano attempt to obtain the suspect's cell phone and later throwing punches at the legs and face of the suspect.

According to the OPD, the police were called because someone anonymously complained about the smell of marijuana.


According to records filed with the Orange County Clerk of Courts, Diaz was arrested by Orlando police on July 5 for attempted battery on a law enforcement officer and resisting arrest without violence. Manzi and Ahmed are listed as witnesses in the case.

In the police account of the incident, Officer Napolitano acknowledges that he "struck" Diaz "two to three times with a closed fist" in an effort to "gain compliance." He also says that he "pulled Diaz in and delivered two or three knee strikes with my right knee in an attempt to gain compliance."

"I told him to stop resisting before each strike," the officer says. You can read the complete police report below the video.

Diaz has pled not guilty to the charges.

This incident comes only a month after Orlando police officers were accused of using excessive force during the arrest of Noel Carter, who was allegedly tased and kicked after he was handcuffed on June 4th.

This story will be updated as further details emerge.