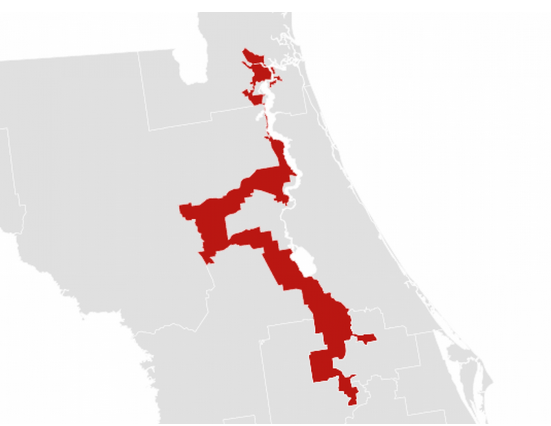 The Florida Supreme Court canned the Republican-led Legislature’s precious congressional districts maps Thursday and ordered a redrawing of the map in the next 100 days.

The court ruled 5-2 that the congressional maps were gerrymandered with an “unconstitutional intent to favor the Republican Party and incumbents,” according to Reuters. The court also said it distrusted lawmakers and provided some helpful instructions on how not to mess up the map this time for the 2016 election.

Orlando will directly be affected by the redrawing of Corrine Brown’s district (the weird snake pictured above), which extends from Jacksonville to Orlando.