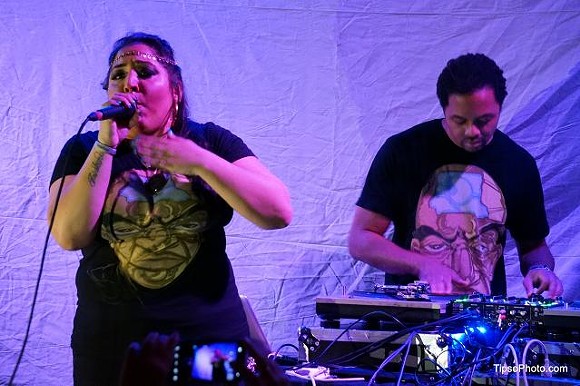 When you’re as individually talented as both MC E-Turn and DJ SPS are, it would be easy to be a prima donna. E-Turn’s rapping is so dazzling and gripping that she could electrify as just a track act – I’ve seen her do it. Likewise, as a decorated battle champ who can ignite a room by himself, SPS doesn’t necessarily need to team up with anyone either. So credit them both for being able to see the greater possibility beyond those nominal solo baselines. 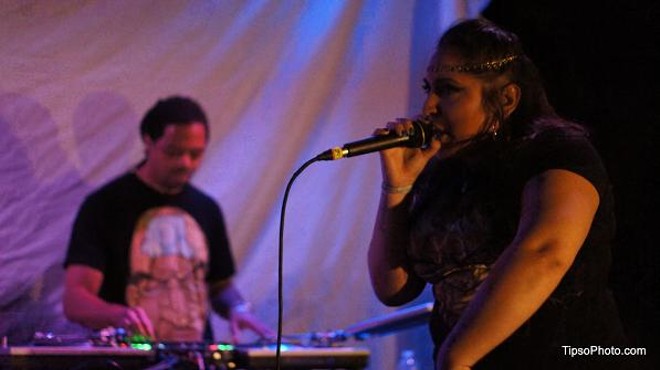 While the E-Turn & SPS duo concept looks great on paper, like a fantasy league dream team of Orlando hip-hop, it’s absolutely exponential in reality. And I say this even though I believe they’ve only begun to actualize their collective potential. The special creative and presentational power they pack together is the kind of formidable alignment that only comes around once in a long while.

They’re no ordinary twosome and the celebration of the release of their second joint LP ESP was, fittingly, no typical rap show (July 10, The Social). Besides having a full live jazz-funk band (Leisure Chief) among the opening parade, Swamburger & Rubox – another mighty marriage of hip-hop talent – provided a fresh, conceptual fold to the mix. With turntable, MPC and film projector, the two scored the visual, non-narrative documentary Samsara with ambient beat voyages designed to match the striking, majestic, sometimes eerie images. 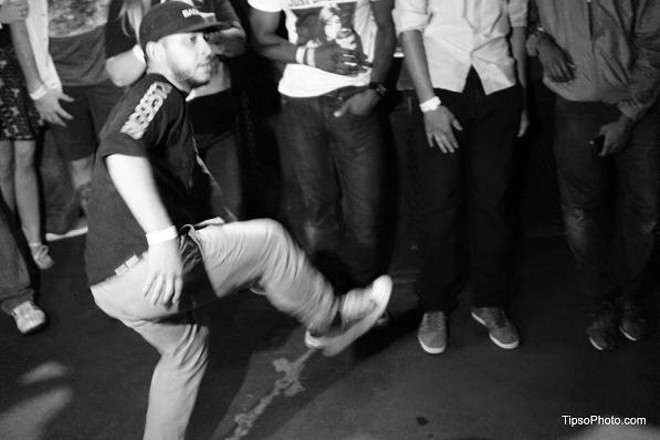 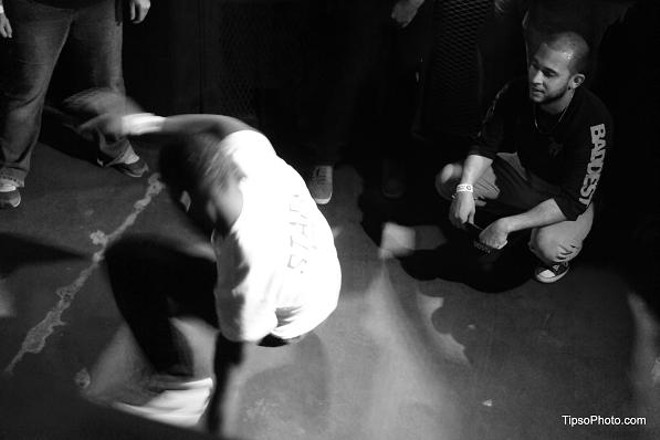 The closer it got to the main event, however, the kind of energy singular to significant hometown events gathered visibly. During the final intermission before the headliner, a nice break circle opened up. Bodies were popping, DJ Sureshot was peaking, cameras came out (including one of ours) and things got hot. Once E-Turn & SPS came out and dropped, the room lifted off.