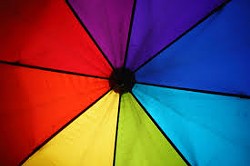 As the state Department of Children and Families considers a new rule governing group homes for foster kids, advocates are pushing to include provisions requiring better treatment of lesbian, gay, bisexual and transgender youths who live in such facilities.

The agency is updating its rules for group homes for the first time in almost 30 years to try to bring more uniformity to the facilities, which are supposed to be short-term solutions for children in state care. Those homes can be 50-bed facilities staffed by three shifts of caregivers or arrangements where half a dozen kids live with a married couple acting house-parents.

The department's rule-making process will put new standards in place at Florida's 287 group homes, which care for about 11 percent of Florida's foster youths.

Advocates like the Florida Bar Foundation's LGBTQ Child Welfare Workgroup —- which monitors issues affecting lesbian, gay, bisexual, transgender and "questioning" youth —- are using the rule-making process to urge the state to ban discrimination and harassment by group-home staff and other residents.

"Our comments are motivated by our work with LGBTQ children who have taught us that the current group care rules, originally adopted in 1987 and little changed since then, have resulted in extremely negative outcomes for LGBTQ youth in out-of-home care," Robert Latham, supervising attorney at the University of Miami's Children & Youth Law Clinic, wrote the Department of Children and Families last month.

It's not that group homes are necessarily worse than foster homes for LGBTQ youth, Latham said. But while foster care is challenging for most children, it's especially difficult for those discovering their gender or sexual identities while living in the state system. For example, those children are more likely to be rejected by foster parents or group homes.

"For LGBTQ youth especially, they are pushed out of placements at much higher rates," Latham said. "Their placements are much more unstable. And they basically become homeless in foster care. They just have nowhere to go."

In addition to a ban on discrimination, the workgroup is proposing that the new group-home rule define sexual orientation and gender expression; permit facilities more flexibility in determining sleeping arrangements for youth when their safety is at risk from gender-segregation rules; allow "gender nonconforming" youth access to clothing and hygiene items consistent with their gender; protect the confidentiality of youth who identify as LGBTQ and document group homes that reject them because of their status; and require all staff to receive training on the healthy development of sexual orientation and gender.

Department of Children and Families Secretary Mike Carroll said that while he wasn't familiar with every aspect of the discussion, "we ought to have a system that recognizes the uniqueness of each kid."

Shelley Katz, chief operating officer of Children's Home Society of Florida, which oversees a number of group homes, said she agrees with the recommendations.

"I can say that for our residential programs, it has not been my experience that LBGTQ youth are any less stable than other youth," said Katz, who stressed she couldn't speak for homes not overseen by her organization. "We firmly believe that it is our role as a surrogate parent to nurture and support the unique personalities and characteristics of each child, including gender and sexual orientation."

Katz also said that the group homes under Children's Home Society auspices "have a very diverse workforce and do a great deal of training. We are committed to reinforcing respect, healthy relationships and appropriate boundaries with all of our youth, regardless of gender or sexual orientation."

But those who identify as LGBTQ say their difficulties may not be registering with the authorities.

Julia Schaffer, a 21-year-old senior at Florida State University who has helped push for rules protecting LGBTQ youth, entered foster care when she was 3 years old. At 13, she came out to her foster mother, who wanted Schaffer to "talk to somebody and stop being gay."

"It's not something I can control," Schaffer said, adding that after dealing with her foster mom, "I can only imagine living in a group home with other kids judging you, or people who are running the group home not accepting you or not understanding how to speak to you about it. I can only imagine."

Advocates are also worried about the lasting mental-health effects of rejection by a foster family. According to the American Foundation for Suicide Prevention, "LGBT people have significantly higher rates of depression, generalized anxiety disorder, conduct disorder, and substance use disorder than heterosexual people."

Latham made a similar point in his letter to DCF.

"We know that rejection by a caregiver is a primary predictor of adverse health and wellbeing outcomes for LGBTQ children," he wrote. "Caregiver acceptance and respect, conversely, are significant predictors of a child's success."

Amanda Williams, a lesbian living in Gainesville, and her partner, Deena Ruth, have fostered 23 children —- "usually teenagers that have a difficult time" in other placements —- and adopted two of them. She serves on the Bar's statewide LGBTQ work group and also on a local panel.

Williams said the panels are trying to expand acceptance of the youths, "at all levels of care," from foster parents to group homes and beyond.

"One thing said to these children can really trigger lots of history and lots of damage that they're been through," she said. " ... When they finally come to a home where they're accepted, they have a hard time letting their guard down and believing it's real."