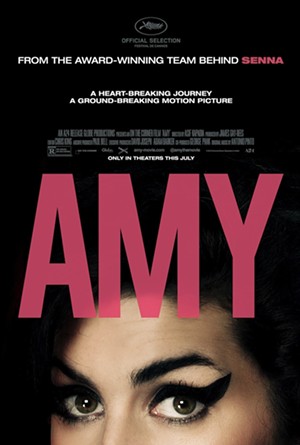 It's been a stellar year for music docs, especially for those bewitched by "27 Club" members like Kurt Cobain and Amy Winehouse, both of whom have docs out now that are stirring serious music fans to resume conversations you'd expect to be stale by now.

But it's not, and the compelling new footage in Montage of Heck (HBO) plus the recently released, controversial Soaked in Bleach ($5.99 on Vimeo) has Nirvana fans sniffing old T-shirts in steep nostalgia and gives the cult hero and his music renewed mystique. Add to that the critically heralded new Amy Winehouse documentary, Amy, which is in theaters locally, and all the screens seem to be flickering with these often-sensationalized and emotional music bios that are finally told in gritty, authentic fashion with the kind of striking old footage fans starve for.

Last month, a collective of local musicians got together to celebrate the 27 Club with a straightforward tribute night that you can relive online now. We went through the Jimi Hendrix, Nirvana Unplugged and other goodness, but it was Deaf 2 the Industry's Addison who steals the show with her superb cover of "Rehab" that most struck us. Watch below: