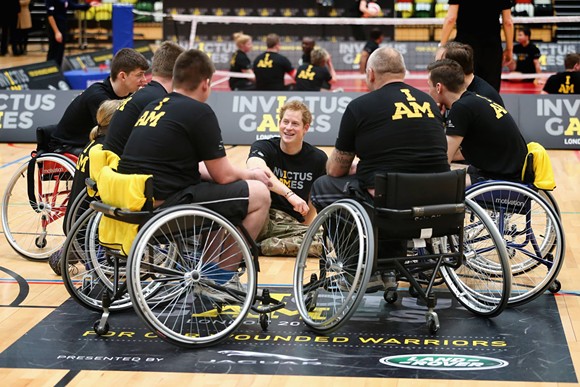 This week, the Invictus Games Foundation, an organization founded by Great Britain's Prince Harry to support wounded and sick servicemen and women, announced that it will bring the Invictus Games to Orlando in 2016. In 2014, the organization held its first Invictus Games, at which injured veterans compete in everything from archery to rowing to wheelchair rugby, basketball and tennis. The organization says Prince Harry was inspired to create the event after watching the Warrior Games, an Olympic-style event for wounded, ill and injured U.S. service members and veterans; his vision was to create a similar competition that was international. In 2014, service members from 13 nations competed in the event; in 2016, the event is expected to attract 400 competitors from 14 nations.

"The Invictus Games Foundation awarded the 2016 Games to Orlando because of the area's great tourism infrastructure and Disney's outstanding sporting facilities," the organization says in a press release about the event. "The Orlando area also has a large veteran population and is home to the Orlando VA Medical Center, which serves over 90,000 veterans."

You can watch Prince Harry's video announcement, as well as a teaser for the 2016 Invictus Games in Orlando, below.