Last night was a reminder that not all young shows are the same. Vastly different pictures emerge depending on whether you measure age or scene maturity. I’ve seen both experienced all ages crowds and incredibly juvenile 18+ crowds. My latest outing (July 15, Will’s Pub) was the boisterously awkward world of the latter, which was in turns refreshing and irritating. But the music, at least most of it, was good. 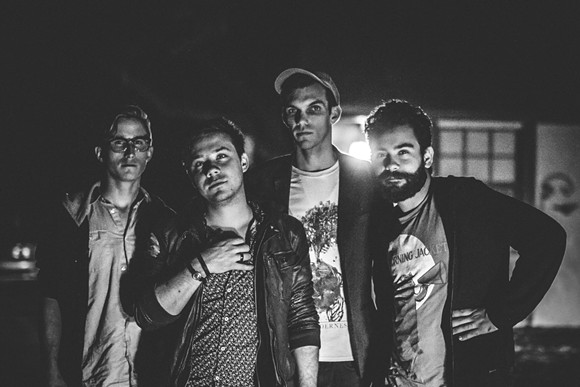 To kick off their East Coast tour, Orlando headliner the Wilderness performed a solid set of their lush indie rock. Although awash in psych pastels, their sound has a hefty core of melody and sonic substance. It’s a combination of pretty melodies and big horizon that’s got mainstream potential, for what that’s worth.

Speaking of, local opening act Reverist also has good mass appeal, tons of it. Their incredibly likeable piano-propelled indie pop is aloft with soaring melodies and sweeping electronic sheen. It’s a suprisingly complete package for a duo that has songwriting fundamentals superior to many of their more popular contemporaries. And as this performance proved, their music can lift a room and get the bodies moving.

As if these achievements weren’t enough, Reverist is the brainchild and creative outlet of local medical doctor Omar Qazi. Most of us in the creative community have other day jobs and all, but damn. Anyone else feeling like a bit of a bum right about now?

Opener Pathos, Pathos is a local indie rock act that’s been coming up the scene over the past year or so. Situated somewhere between Ben Gibbard’s sensitivity and Vampire Weekend’s effervescence, they’re unflinchingly twee. What saves them from testing the nerves, however, is their pure charm and even purer sense of melody. If their recordings are a little too dainty for you, try ‘em on live where they’re notably more persuasive.

The night’s first act was Daytona Beach’s Young Mothers, a side project of three-quarters of Odessos. Man, are these guys passionate. But they may have more heart and technical ambition than they can handle right now with undercooked math-pop that's swarming with a whole lotta doodles but little editing. That zeal of theirs won’t be an asset until they work some of the extraneous stuff out of their system.