Remember that guy we posted about on July 21 who made a weird YouTube video declaring his Inverness, Florida gun store a "Muslim-free zone?" Well, now he's being sued by the Council on American-Islamic Relations for violating federal laws that prohibit discrimination based on religion in public accommodations – and retail stores, including gun shops, are covered by that law. Since there's no way to actually know for sure whether someone who comes into the store is actually Muslim, the shop owner, Andy Hallinan, said his plan was to just ban anyone who "looks Muslim."

So, anyone who looks like Dr. Oz, then (aka Mehmet Oz, famous TV doctor beloved by bored housewives across America)? 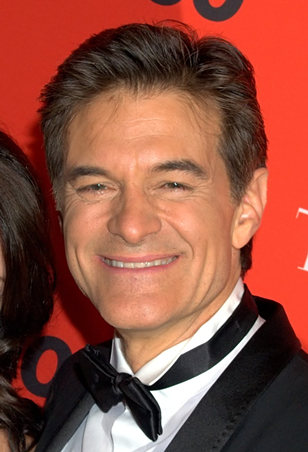 Or anyone who looks like basketball player Shaquille ONeal?

“American Muslims have a right to browse and purchase guns, take classes on gun safety and shoot guns at a range without having to be profiled and discriminated,” said Hassan Shibly, Chief Executive Director of CAIR Florida said in a press release announcing the suit. “Such discrimination is not only illegal, it is bad for our country and makes us less safe and less free.”