Lawsuit seeks to block return of bear hunting to Florida 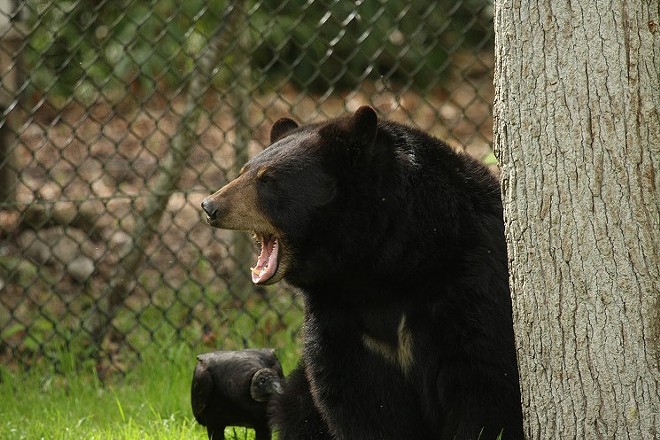 Conservation groups want a judge to shoot down the return of bear hunting in Florida and to halt the pending sale of bear-hunting permits.

With permits for this fall's hunt going on sale Monday, the Seminole County-based group Speak Up Wekiva filed a lawsuit in Leon County circuit court Friday challenging the constitutionality of the Florida Fish and Wildlife Conservation Commission-approved bear hunt.

"There is no evidence to support the supposition that hunting bears in remote wildlife management areas will reduce conflicts in suburbia," the lawsuit contends.

Fish and Wildlife Conservation Commission spokeswoman Susan Smith defended the commission's ability to approve rule changes. However, she said the agency had yet to receive a copy of the lawsuit and doesn't discuss the merits of pending litigation.

"I can say the commission validly adopted rules allowing for a limited bear hunt based on sound reasoning and with careful consideration of the issues involved," Smith said.

The lawsuit doesn't ask for a judge to halt the commission from offering the permits. However, Speak Up Wekiva and groups supporting the lawsuit —- the Sierra Club, the Massachusetts-based Environmental Action, the League of Women Voters of Florida and the Center for Biological Diversity —- want the state agency to suspend permitting until the lawsuit is settled.

"If they do sell the permits, and the hunt is ruled unconstitutional, they'll have to pay everyone back, and that could be very time-consuming," said Chuck O'Neal, a Longwood resident and member of Speak Up Wekiva whose name also appears on the lawsuit.

"The FWC is a constitutional body charged with 'managing fish and wildlife resources for their long-term well-being and the benefit of people,' "National Rifle Association lobbyist Marion Hammer said in an email Friday. "Political organizations that try to second guess the professionalism of the commission and the agency are interlopers who obviously put bears before the safety and lives of children."

Opponents of the hunt have argued that Florida's increased human population is expanding into wildlife habitat and that the state should further implement non-lethal rules, such as bear-proofing trash containers, prohibiting people from feeding wild bears and cracking down on the illegal harvesting of saw palmetto berries, which is a staple of a bear's diet.

On Friday, those opponents pointed to ongoing efforts by the Fish and Wildlife Conservation Commission to get a better count of black bears in areas where the hunt will occur and said that opposition to the hunt stood around 75 percent during the public debate on the proposal.

"We welcome today's lawsuit challenging the wildlife commission's unconstitutional, unnecessary, and immoral black bear hunt," the Sierra Club's Florida Staff Director Frank Jackalone said in a release. "The commission must suspend the hunt immediately and work with scientists to protect Florida's black bears, not kill them."

The lawsuit contends the rules for the hunt go against the 1998 voter-approved constitutional amendment that created the commission as an independent body "to conduct management, preservation and conservation decision-making based upon sound science." The complaint also claims the bear hunt is not based upon sound science and won't reduce growing conflicts between bears and humans.

"The FWC is acting against the interests of Floridians, science, and Florida black bears," said lawsuit supporter Jaclyn Lopez, Florida director for the Center for Biological Diversity. "It is not too late for it to hit the brakes on this ill-conceived plan."

The hunt is scheduled to begin Oct. 24 and will last from two to seven days, depending upon the number of bears killed.

The commission approved the hunt in June as a step in managing the growing bear population in Florida.

The state agency expects about 300 bears to be killed in the four regions of the state where hunting will be allowed. The state isn't putting a limit on the number of special-use bear permits being sold, but hunters will be limited to killing a single bear during the week.

The cost for a permit is $100 for Florida residents and $300 for non-residents. The permits will be available through 11:59 p.m. on Oct. 23. People who purchased a Lifetime License prior to July 1, 1998 —- when those licenses still covered bear hunting —- must still obtain one of the new permits, but are exempt from the cost.

Black bears were placed on the state's threatened list in 1974, when there were between 300 and 500 across Florida. At the time, hunting black bears was limited to three counties. In 1994, the hunting season was closed statewide.

The hunt will be halted in each region —- the FWC intends to communicate daily with hunters via text and email —- once quotas for the areas are reached.