The Up house in Seattle will be saved and relocated 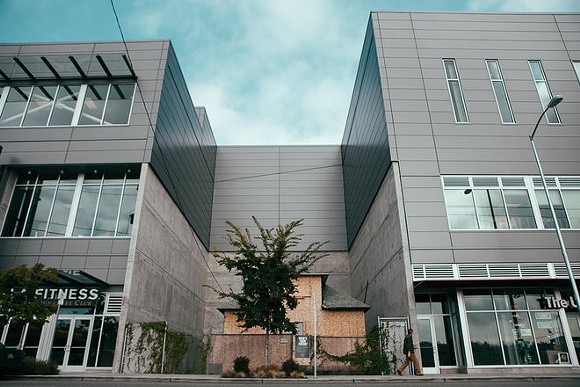 It looks as if the home people have appropriately dubbed the "Up house," will receive a storybook ending.

The Seattle abode that has been boxed in by commercial developers has strong similarities to Up character Carl Fredricksen's home and is going to be relocated, according to KOMO News.

Back in the early 2000s, the owner and long-time Seattle resident Edith Macefield refused to accept a $1 million offer from commercial developers, who wanted to build on her 600-square-foot lot. The result was a large retail space built around the charming abode.

After Macefield died in 2008, the investment management company who acquired the home after a mortgage default made an effort to keep the owner's home and legacy alive.

They tried to sell the home to buyers, but to no avail. An interested buyer placed an offer with the intention of opening a coffee shop in the space, but later backed out after reviewing the many expenses required to bring the building up to code.

On June 29, the current owner of the home said that for the next 30 days they would accept offers from buyers willing to lift the building away. If a reasonable offer was not made, a wrecking crew would be summoned a month and a half later to clear the home.

Luckily, thanks to an unknown buyer, the home will finally achieve lift off in the near future. It is unknown at the time where it will go, but broker Paul Thomas said he will release more information on the move and preservation Tuesday, August 4th.