Atlanta’s Brother Hawk (July 31, Backbooth) is a band that’s still new to Orlando but one that’s worth particular attention. We may be just a little south of the South here – which is very much arguable once you go cross the county line – but we love our Southern rock. And I like to think we know our Southern rock, too. That’s why Brother Hawk’s worth the time. Bursting with wingspan, vibe and soul, their lush Southern rock’s got enough roots to satisfy the purists but pulses with just enough youthful modernism to ride with the New South. Most importantly, they have the live ability to whip all that up into a sonic storm.

Overdale is an Orlando band that doesn’t play out too often any more, but it’s nice to know that a band like this is around. A sky-punching intersection of melody punk and post-hardcore, their blend of anthems and angles proves you can be interesting without being tortuous. 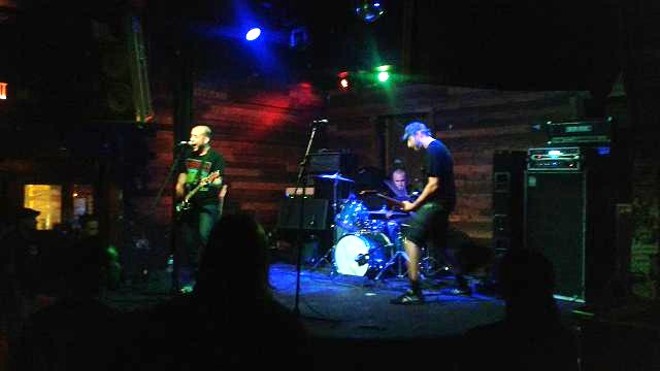 The surprise local find of the night was one-man act Amigo the Devil. Although dark and theatrical, his Southern Gothic folk music – played acoustic and mostly on banjo – isn’t too dripping in the macabre corn that often pushes this niche genre over the top and into self-parody. He’s actually capable of some affecting, even straightforwardly touching folk songs so he’s not some tourist. It’s just that they often turn out to be murder ballads, making a dip into his midnight lake a little deeper and a little more sinister.

Under the twisted heart of his songs is often a fucked sense of humor, embodied perfectly during his on-the-floor finale when he conducted the audience in a chorus to wish his paramour’s husband to death like some sort of jolly campfire sing-along. It’s deliciously grotesque, and Amigo the Devil is certainly one of the more alluring and penetrating folk acts around these parts right now. 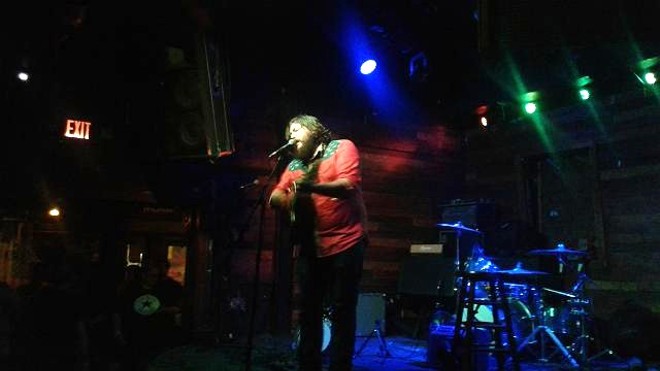