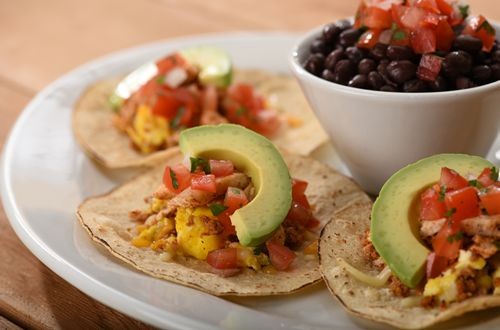 Diners who dropped in for their typical weekend Chickichanga at First Watch restaurants this weekend were greeted with quite a surprise: a new menu.

OK, so it wasn't so much of a surprise for those who noted some of the recent updates (a shaker of raw sugar instead of white packets, fresh veggie juices, homemade jam instead of Smucker's single-serve pats, butcher paper napkin rings – yes, some of us notice these things), but it's not all gravy, baby.

With the new menu, now printed on brown card stock reminiscent of gastropubs from here to Kingdom Come, you'll find new menu items, like the Farm Stand Breakfast Tacos (very good, per brunch on Sunday), Avocado Toast (they've been test-running this one for a few months and must've gotten a good response) and Lemon-Ricotta Pancakes.

Many new offerings replace the old ones with cult-like followings: e.g., the Mediterranean Quinoa Wrap has replaced the Not Guilty Your Honor wrap. The fan-favorite Bacon-Avocado hash has been replaced by one of three Skillet Hash options, the closest of which is the Farmhouse Hash, in which the bacon and avocado is joined by oven-roasted tomatoes and "more onions," according to a server at the Aloma location.