As first reported by Fox 4, pictures taken outside of the dentist's home on Marco Island, Florida, show the words "Lion killer" spray painted on his garage door, his driveway littered with pig's feet and animal crackers scattered throughout his lawn.

Since shooting Cecil the Lion on a hunting trip in Zimbabwe, protests have been held outside Palmer's clinic in Minnesota. Though the 55 year-old dentist claims he was unaware that the lion was tagged and protected,  Zimbabwe's Environment Minister Oppah Muchinguri has called for him to be extradited to face charges.

The property is currently under surveillance by a private investigative company, reports Fox 4. 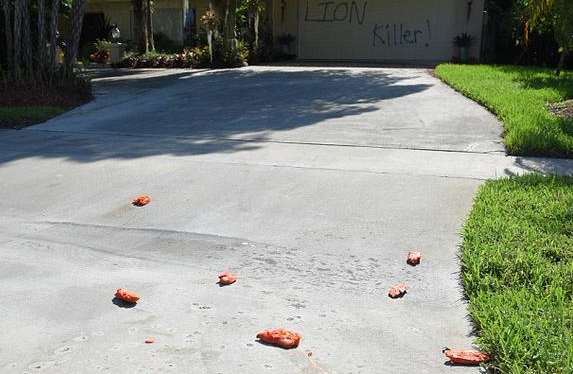