There was a massive street fight in downtown Orlando last night 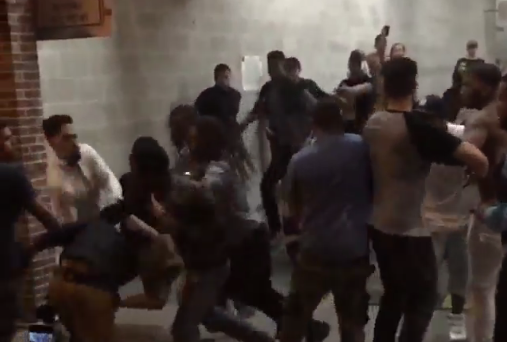 According to a recent video, Sunday Funday got real when a huge street brawl went down last night, August 9, on W. Pine St and Orange Ave.

It's hard to tell exactly what is going on here, except that the fight clearly spills into W. Pine St. in front of the 55 West parking garage, while onlookers yell "Worldstar."

The clip was uploaded to Facebook by Grape la Flame. You can see clips of the brawl in a slightly higher resolution on his Instagram account.

According to the Orlando Police Department, three calls regarding the incident were received by dispatch. However, no report was completed because, more than likely, "the crowd dispersed before officers responded, no one wanted a report, etc."

Warning: The video below is pretty disturbing.

I am glad I roll off the couch #orlando