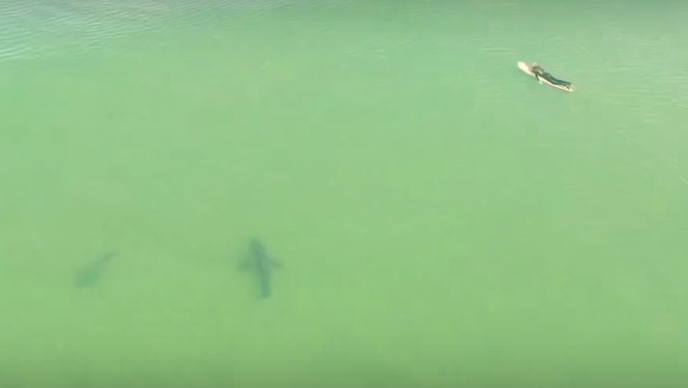 Last Saturday, a group of surfers launched an aerial drone to grab early morning surf footage– however, to their surprise, they also managed to catch a few 10 ft sharks lurking below the surface.

Though the video was shot at Pismo Beach, California, it's still a nice reminder that sharks are usually nearby every time we step into the water, and they're not the mindless killing machines they're often made out to be.