This Little Underground: '90s redux with Basement, LVL UP and Adventures

You know you’re eyeballs-deep in the ‘90s revival when you think you’ll – sorry – blow your brains out if you hear another mention of Nirvana. Well, we are in the exact center of the 2010s so, according to the 20-year nostalgia cycle of the rock & roll era, we should be in total ‘90s redux right now. And so it was at the recent show headlined by Basement (Aug. 10, The Social). Even though none except for Basement predates the current decade, and even them barely so, these young bands are unmistakable carriers of the ‘90s torch.

Back from hiatus, British group Basement has now rejoined the new class reclaiming the beleaguered name of emo. They’re more strict genre constructionists than new visionaries, but they’re put-together, tuneful and emblematic of emo’s respectable side.

On record, the baggy, big-hearted sweater rock of Pittsburgh band Adventures (a spinoff project by three-quarters of metalcore band Code Orange, curiously enough) evokes acts like Frogpond and Bettie Serveert, and is in step with the ‘90s indie worship that permeates the work of the Crutchfield sisters in Swearin’ and especially Waxahatchee. Live, however, their emo inspiration is much more prominent. In concert, they’re still rough and disconnected, particularly on vocals. But their recordings prove that they’re sitting on some decent songwriting, which means that click should only be a little time and practice away. 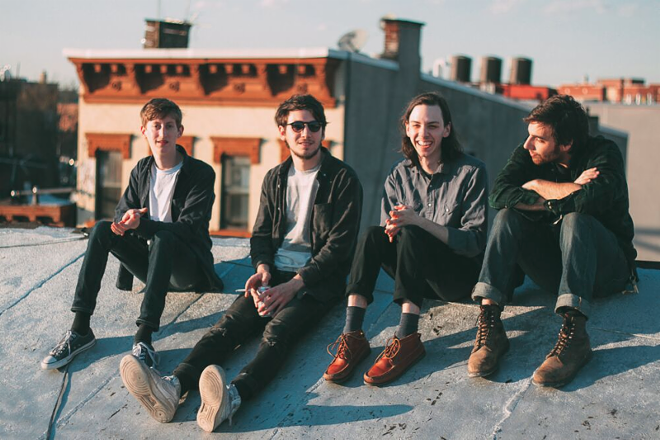 The nova of the night was actually New York opener LVL UP, who, true to name, was a cut above. With each shrugging utterance and meaty guitar stroke, their ‘90s fidelity only got truer. At heart, though, they’re not real slackers, and that makes all the difference. Bummer rock may be their aesthetic, but this three-singer quartet is a remarkably finished ensemble that kicks it with new crackle, shine and horsepower. Besides, anyone who references the Silver Jews starts off in the plus column (“I Feel Extra Natural”).