Disney's Flying Fish Café will close for most of 2016 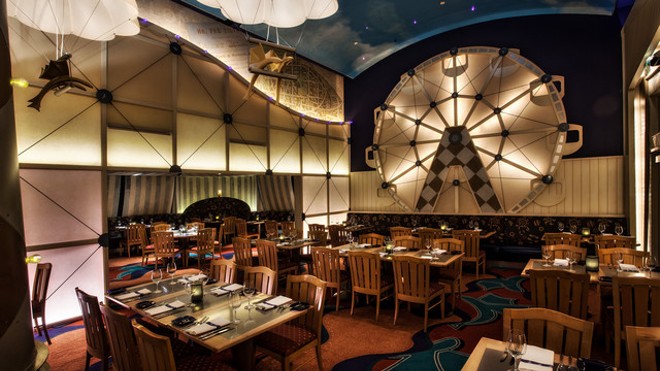 Flying Fish Café, one of the original restaurants of Disney’s Boardwalk Resort, will close down for an extensive updating next year. The restaurant closes Feb. 1, 2016, and will remain closed until Nov. 12, 2016.

The restaurant has always been a bit of a second option for Disney fans, due in part to its close proximity to popular choices, like Beaches & Cream, and in part due to the cost of food. The Boardwalk was originally designed as an alternative to Downtown Disney, but even with its central location (an easy walk or boat ride from both Epcot and Hollywood Studios) the resort has never seen the crowds that were initially expected. Many of the retail and dining options have been redone over the years as taste and demand changes, including the closure of Kouzzina (replaced by Trattoria al Forno) and the update of the Boardwalk Bakery.

Flying Fish is expected to retain most of its theme, but a top-to-bottom renovation of the kitchen will mean new equipment, which will allow for some additions to the menu. The dining room will also remain more or less as is, but with new coats of paint and new flooring. The open kitchen design will stay.

Such updates are not uncommon in the hospitality industry, where high use can mean furniture or other items can begin showing age years before similar items would in a typical residential setting.
Some have questioned why Disney would keep the restaurant open when demand for character meals and other higher value dining experiences are so high. It would not be surprising to see Disney create a higher price point menu or other high profit alternatives with the Flying Fish Café.

Flying Fish has hosted Dine With an Imagineer events in the past, so the restaurant is familiar with hosting special events. The popular Chef’s Tasting Wine Dinner is expected to return. The name, and its popular signage, will likely remain no matter what Disney does with the interior of the restaurant. Repeat James Beard Foundation finalist Chef Tim Keating will remain as chef de cuisine at Flying Fish.