A massive Florida sinkhole that once swallowed a man has reopened 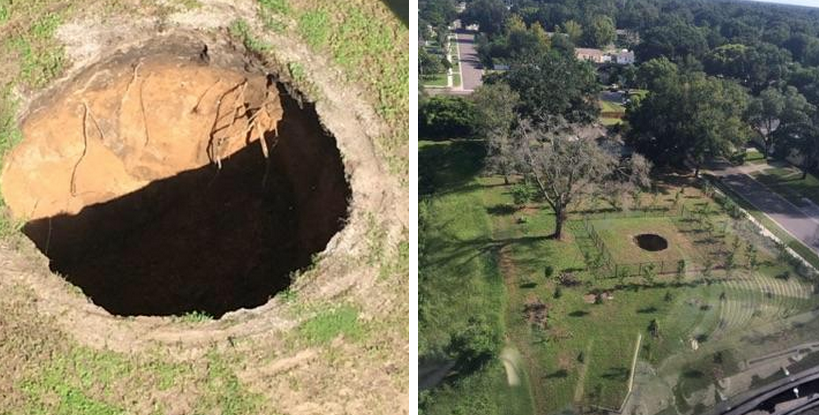 A 17-foot in diameter sinkhole that once swallowed and killed a man, reopened Wednesday morning in Seffner, Florida, says the Hillsborough County Sheriff's Office.

WFLA is reporting that the sinkhole is 20-feet deep.

At this point in time, there have been no reported injuries and no homes have been evacuated.

According to USA Today, back in March of 2013, the sinkhole swallowed 37-year-old Jeff Bush while he was asleep in his house. Though his body was never recovered, the remnants of the house were torn down and a makeshift memorial is located at the now vacant site.