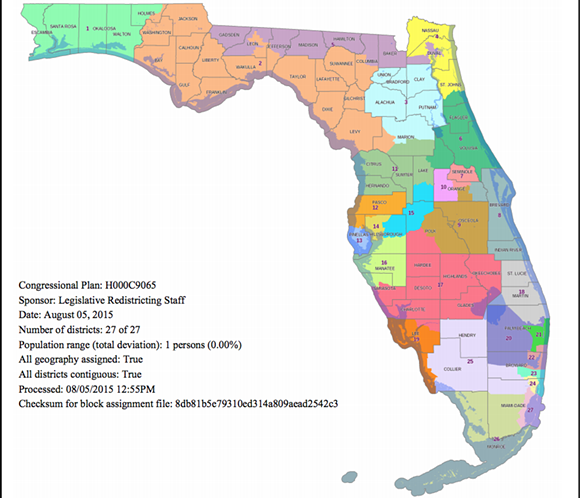 The Florida Senate voted 28-8 Wednesday to pass their version of a congressional map for the state, a version that differs vastly from a map the Florida House approved Tuesday.

The House and the Senate have until Friday, the last day of the 12-day special session, to wrangle a congressional redistricting plan they both agree upon, the Sun-Sentinel reports.

Other areas from the Senate's map that differed from the House's map include the Tampa Bay region. The Senate kept Sarasota County whole instead of splitting it between congressional districts like the House did, and eastern Hillsborough County was also kept in one district in the Senate's version of the map.

The Legislature was forced to redraw the districts after the Florida Supreme Court ruled earlier in July that the congressional maps were gerrymandered to favor the Republican party and incumbents.