After legal wrangling, Florida tells Planned Parenthood it can continue providing abortions after all 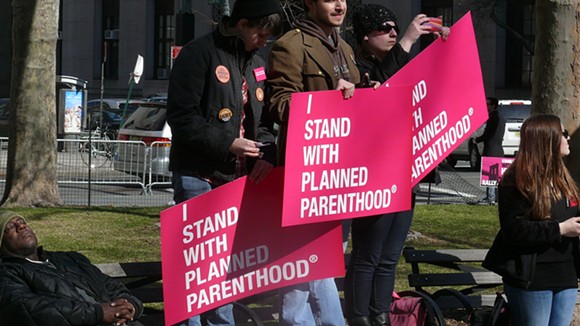 Less than 48 hours ago, we received the following message from the state Agency for Healthcare Administration regarding Planned Parenthood:

“In the health centers AHCA reported on we only perform first trimester abortions, which we measure according to accepted medical guidelines and in accordance with Florida regulations as up to 13 weeks and six days from a woman’s last menstrual cycle,” Laura Goodhue, executive director of the Florida Alliance of Planned Parenthood Affiliates, told the Wall Street Journal after the state announced its investigative findings. “This, as defined by rules, is still the first trimester. AHCA has never before indicated any different interpretation of this – including at inspections performed as recently as two weeks ago."

The organization filed suit in Leon County to prevent the state from taking action against Planned Parenthood for the alleged second-trimester abortions and to clarify the rules under which the organization should be operating ... but then this letter came today, which seems to confirm what Planned Parenthood has been saying all along. You can read AHCA's letter here.

And Planned Parenthood is pointing out that so far, in every state that has investigated the organization so far, it has been cleared of wrongdoing.

“We've said all along that Planned Parenthood follow all laws and has very high medical standards," writes Dawn Laguens, executive vice president of Planned Parenthood Federation of America, in a statement emailed to the Weekly today. "The state of Florida’s own records from nearly a decade ago clearly state that Planned Parenthood is following the law, and today's news confirms nothing has changed. This underscores what this smear campaign is really about—blocking women’s access to birth control, cancer screenings, STD tests, and safe, legal abortion.

"In every state where these investigations have concluded—in Georgia, South Dakota, Indiana, and Massachusetts—officials have cleared Planned Parenthood of any wrongdoing. Planned Parenthood will not back down from the politicians and anti-abortion extremists who are using every underhanded tactic they can to politicize these critical medical issues. Planned Parenthood will keep fighting to protect access to care for our patients in Florida and across the country."

We'll keep you posted as things unfold with this increasingly contentious discussion.