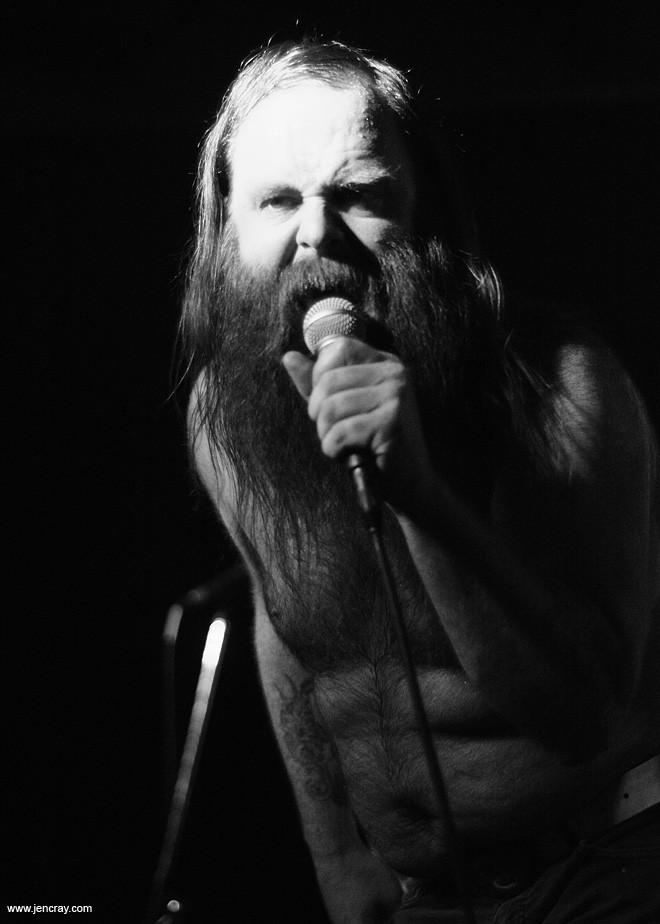 The bands may not all be of equal profile but, in terms of hard rock heat, this was an all-star lineup of historical proportions. In fact, the openers are so ‘roided with showmanship that Nashville Pussy had their work cut out for them if they were to matter at the end of the night. Look, when the local opener shoots it to the moon before their first song is done, you know it’s gonna be one crazy night. But that’s what you always get with Orlando’s American Party Machine: a constant, unrelenting climax of red, white and blue. And it was, by far, the evening’s biggest spectacle. 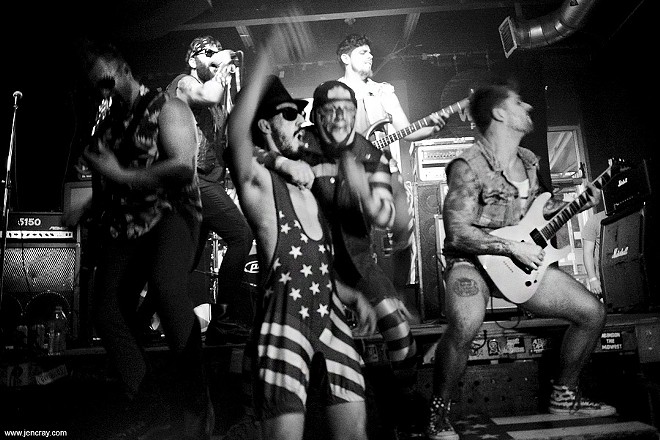 As anyone who’s seen them knows, American Party Machine is as informed by pro wrestling as they are cock rock. So while everyone was geeking out on APM, an interesting sight I caught later that night was singer Aaron “Mack Studley” Pullin geeking out selfie-style on someone else in the house: Tom Pestok. You may not know that name if you don’t watch pro football (he was an NFL offensive guard from 2009-2011). But he’s now otherwise known in the WWE ring Baron Corbin, a name you can bet your ass packs serious currency with those APM dorks.

Now I’m not the religious kind but, thanks to North Carolina’s Valient Thorr, I know the sweet taste of rapture. But it’s been a few years since I’ve been to one of their revivals – and that’s exactly what they are: big, hairy, sleeveless denim revivals. After this, however, my devotion burns anew. You know, it’s a good thing their gospel is rock & roll because if those televangelist fuckers had half the charisma of frontman Valient Himself, we’d all be screwed. And converted.

As for Nashville Pussy, it’s nice to see their kick’s still nice and hard after almost two decades, especially lead guitarist Ruyter Suys. She may not be the one in front, but she’s unquestionably the HBIC and the not-so-secret nitro behind this rock engine.

Think Andrew W.K. parties hard? You wouldn’t after seeing this three-headed beast. Wanna rock out with your beer or weed? American Party Machine’s got you. Need speed? Plug into Valient Thorr. Hookers and blow your thing? Nashville Pussy’s your soundtrack. This is rock & roll, and it hasn’t been this concentrated into one sweaty, dirty night since probably the ‘70s.