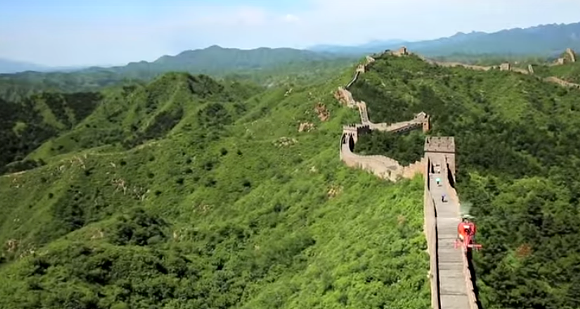 Epcot’s signature ride Soarin’ will soon feature a brand new, high-res video that replaces the original California-based storyline to one that features sights from around the world, including the Great Wall of China, Monuments National Park, the African Serengeti and others.

The ride itself will be the same but Disney has yet to release information on if the smells, soundtrack and other unique elements of the iconic ride will be included in the new version.

The new film has long been rumored due to the addition of Soarin' in the new Shanghai Disneyland. Epcot also saw the groundbreaking on a theater for Soarin’ earlier this year. While we didn’t get official word on the new film until recently when it was announced as part of the Parks & Resorts Panel at Disney’s D23 Expo, the rumors were all but confirmed earlier this year when Disney California Adventure’s reopened with a new sign that had ‘Over California’ as a removable section that hung below the regular sign.