Barcelona Restaurant & Wine Bar is the forerunner of a renaissance at the Marketplace at Dr. Phillips 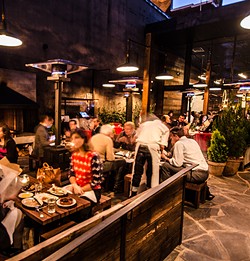 You'd think the last thing this city needs is yet another chain restaurant, but what chain do you know of that offers a selection of hundreds of Spanish wines? That's precisely what Barcelona Restaurant & Wine Bar will do. As we reported earlier this month, the highly lauded restaurant with 12 locations in Connecticut, Massachusetts, Georgia and D.C. will open its first Florida outpost in mid-2016, next door to Bistro CloClo in the Marketplace at Dr. Phillips.

While wine & spirits director Gretchen Thomas and co-owner Andy Pforzheimer told me they're in the early stages of setting up the wine program for the Orlando restaurant, they said the wine list will be just as extensive and interesting as the other locations, if not more so. According to Thomas, approximately 50 percent of their 500 wines will be Spanish, so it's hardly surprising that the restaurant received 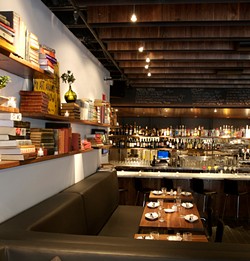 Wine Spectator's Best of Award of Excellence, one tier below the coveted Grand Award, back in 2013. As far as the menu is concerned  it, too, is still being devised – don't expect a mirror of the menus in other cities. There will be a core offering of tapas' usual suspects, but items will vary daily with a focus on fresh local ingredients.

The addition of Barcelona Restaurant & Wine Bar marks a bit of a renaissance at the Marketplace, insofar as culinary diversity is concerned. Pincho Factory (specializing in Latin-style skewered meats and burgers) and El Inka Grill Ceviche will open in the coming weeks and months, the former next to Starbucks and the latter in the old Greek Flame Taverna space next to Publix.

Further, word comes that Le Coq au Vin owner Reimund Pitz has purchased Bistro CloClo with plans to rename it Bistro Le Coq au Vin. We didn't care all too much for Bistro CloClo when we reviewed it last year, but things are sure to improve with Pitz on board.