ClickHole, The Onion's sister site who claims to be "the latest and greatest online social experience filled with the most clickable, irresistibly shareable content anywhere on the internet," released this fake but hilarious handbook for Disney World castmembers who play Aladdin.

The handbook goes into the specific character details of Aladdin including, "Aladdin thinks slavery is sometimes OK," "Aladdin doesn't really want to visit Mecca but feels obligated to go someday" and "The actor playing Aladdin should have a similar body shape and skin tone to how he's portrayed in the film. We're not saying there could never be a black Aladdin, but it would be pretty weird, right?"

Here's the first page of the handbook, but we highly recommend you check out all three pages over at ClickHole. 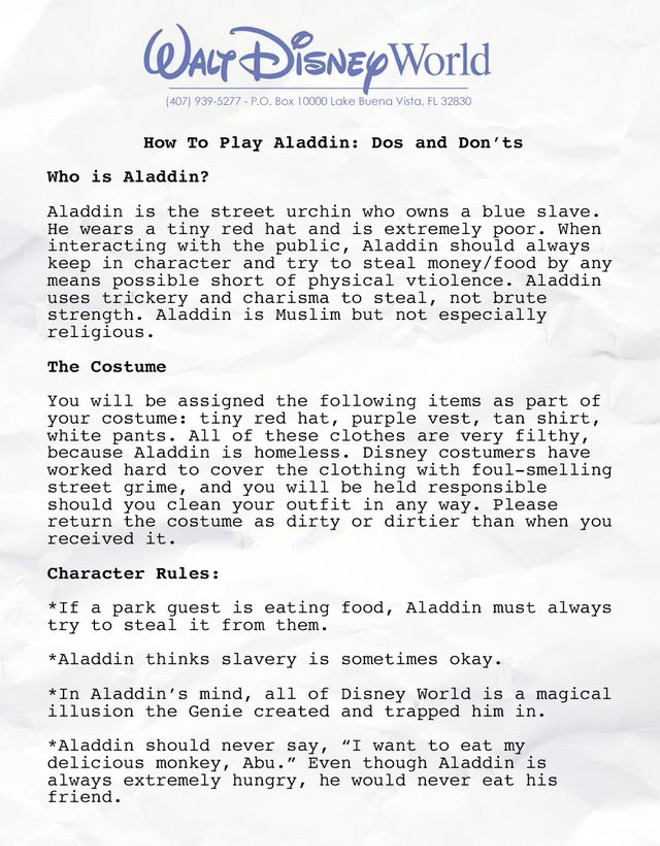