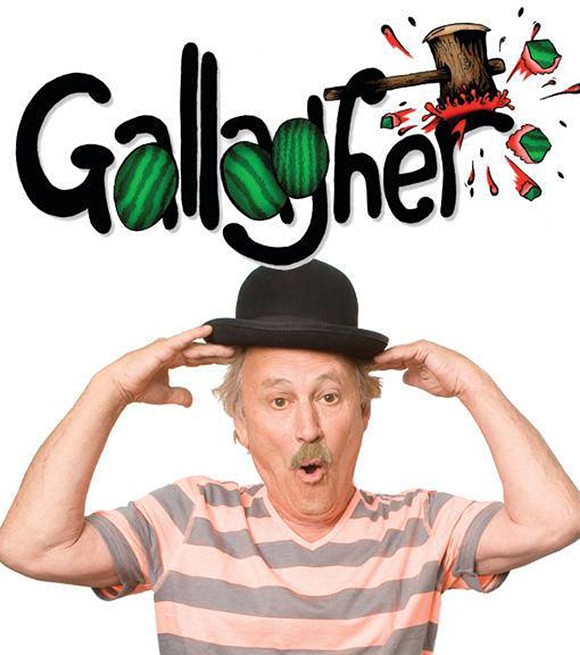 Comedy doesn’t always have to be clever. Back in the ’80s, you could make millions of dollars by smashing fruit onstage with a sledgehammer, which is exactly what Gallagher did. After fading into obscurity, Gallagher returned with a crazy-eyed vengeance in the early 2010s, writing material that catered to racists, homophobes and right-wing Obama-haters. After headlining the Gathering of the Juggalos and famously storming out of an interview with Marc Maron, his comeback was sidelined by a string of health problems and financial woes. He announced his retirement and final tour in 2012. Now he’s out on tour with Artie Fletcher and Bob Nelson, two workhorse comics who started the Joke’s on You tour to capitalize on nostalgia. Details are scarce as to what kind of material Gallagher’s been dishing out lately, but we’re hoping that it leans more toward bashing watermelons than gay people, because while comedy doesn’t always have to be clever, it does have to be funny.