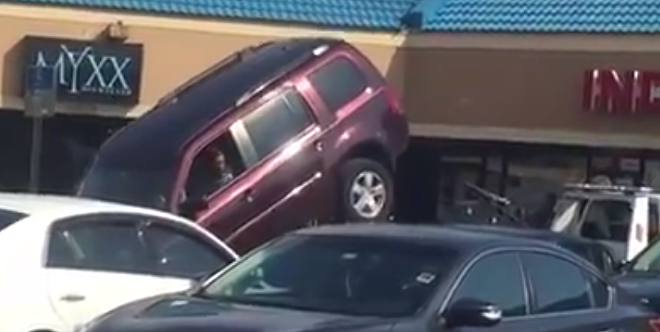 With his SUV securely hooked to a tow truck and raised 45 degrees in the air, an Orlando motorist absolutely refused to be towed Tuesday afternoon.

The video, posted to YouTube by Brady Miller on August 25, shows the SUV and its driver in a full-on tug-of-war match that lasts a little over a minute at a shopping center at the corner of North Dean Road and University Boulevard.

"You're tearing up your car, dude!" someone shouts towards the end of the video.

But like a desperate antelope locked in the jaws of a mighty lion, the driver and his burgundy SUV flailed and fought.

As of now, there's no word on whether or not he actually freed himself, but he probably didn't make it very far.