Falcon's Creative is about to have the coolest office in Orlando 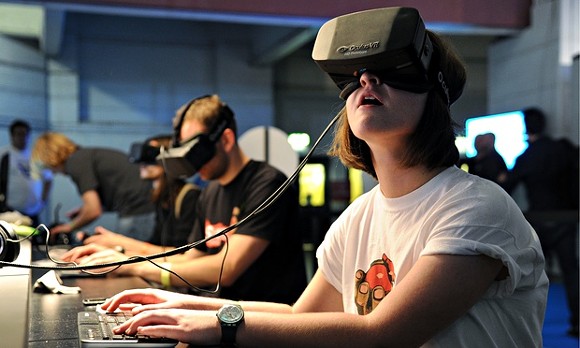 The coolest workspace in Orlando competition is about to heat up with a local firm’s new office.

Falcon's Creative Group, a local amusement industry creative firm, has announced plans to expand its MetroWest office. The new expansion will mean not only more office space for its ever increasing media department (#Screenz) but it will also include some impressive tech for potential buyers to experience firsthand.

The new office will include a full-size mockup of the NanoSpheron 360 degree domed theater. Falcon's Creative currently doesn’t need to take clients far to showcase one of these popular theaters; SeaWorld Orlando features one in its Turtle Trek attraction. The 360 degree 3D domed theater has also been a popular choice for clients throughout Asia.

Along with the new in-office 3D theater, Falcon’s Creative will also install numerous Oculus Rift stations. Oculus Rift is the next-gen virtual reality headset that has slowly but surely taking the amusement industry by storm (think of that cheesy headset used in the current final scene of Carousel of Progress, but this one is actually real and has amazing graphics).

Cedar Fair Parks recently announced a new initiative to test VR headsets on certain roller coasters and Universal Creative has been rumored to be looking at the technology for a number of upcoming rides. Falcon’s Treehouse has been an industry leader with the technology but outside of industry expos it has done little to emphasis its cutting edge use of the technology. The new in-office showroom will do just that.

The expansion will also include an undisclosed number of new positions within the Orlando headquarters.