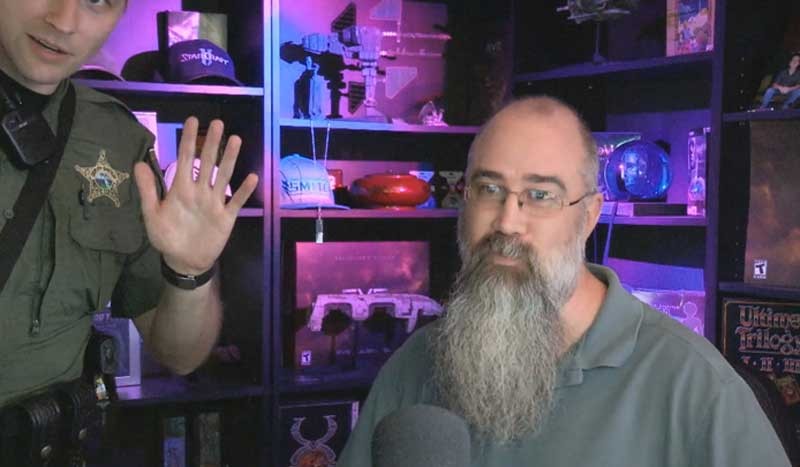 Eikenberry was playing the MMORPG and broadcasting live on his YouTube channel, when he heard a loud noise coming from the other room.

"Swatting" is a "prank" usually involving online gamers, where essentially an anonymous tipster calls the authorities and gets a SWAT team to raid your house for no reason at all. Because, you know, sending cops with assault rifles into someone's house is a hilarious use of tax dollars.

"I didn't know who it was at the time but it was the Sheriff's office yelling for everyone to get out of the house or whatever it is they yell," said Eikenberry to 10 News. "They got a call that I had shot my wife, I was suicidal, and I was holding my kids hostage with a pipe bomb"

Deputies dragged Eikenberry and his family out of his home before realizing it was a prank.  "Maybe I should call the Sheriff's Office and let them know that I'm a live streamer and I could be subjected to be swatted," said Eikenberry.

You can watch the "swatting" below, if you're into that.