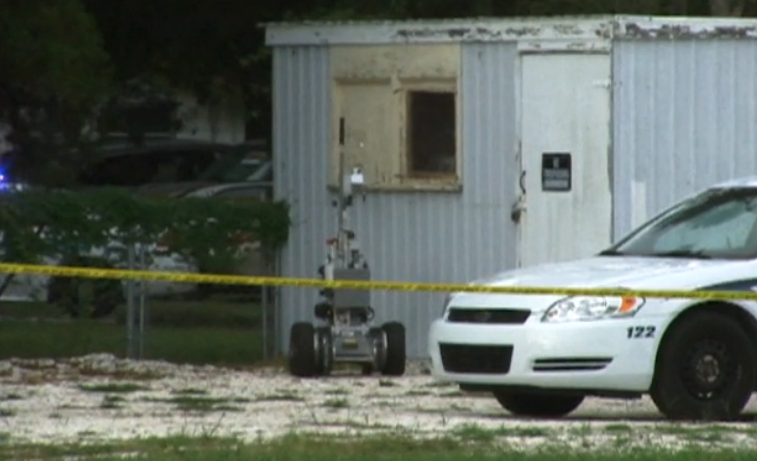 Sarasota police had to send in a robot to dispose of a World War II-era hand grenade found near a busy highway intersection, Friday afternoon, August 28.

According to the Herald Tribune, the explosive device was at the intersection of Fruitvale Road and Pompano Road.

The police robot safely detonated the grenade at around 7 p.m., after police shutdown sections of Fruitvale Road.

Coincidently, this incident comes about a month after police found an old-timey WWII bomb at a St. Petersburg beach.

You can watch the police bot in action below.