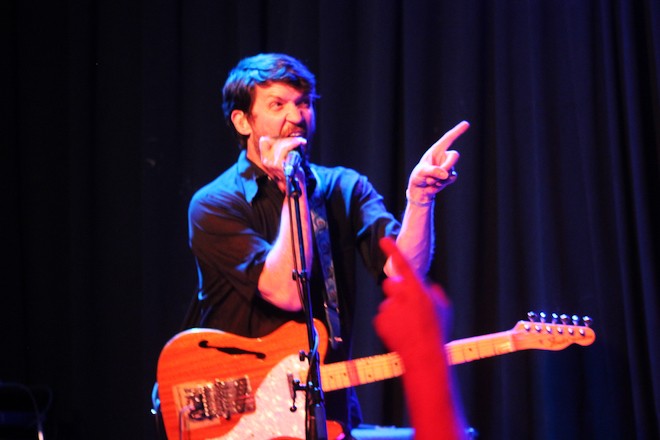 Cursive’s spot in the American indie-rock canon is a pretty easy case. The Good Life (Sep. 1, The Social) – the lesser of Tim Kasher’s bands – isn’t so much, and it’s not because it’s intrinsically gentler. Even if the sad-sack stuff isn’t your kind of bleeding, the personal emotion is clearly there. The music, however, has seldom matched that urge. While the feelings were complete, the songs were half-cooked and just never quite hit home.

But after an extended writing lull, the Good Life reemerges with surprising new breath on their first new album in eight years (the recently released Everybody’s Coming Down). The first revelation is that it’s an actual rock record, with a brawnier sonic footprint that includes ‘90s-style guitars filled with the kind of thickness, groan and left turns that would impress even Pavement. The other is that it’s also their first truly collective effort as a band. Turns out, the balanced blood is a very welcome transfusion, producing music that’s better built, less insular and just more engaging. And all of that translated live, where they looked and sounded invigorated. Oh, look, I felt something. 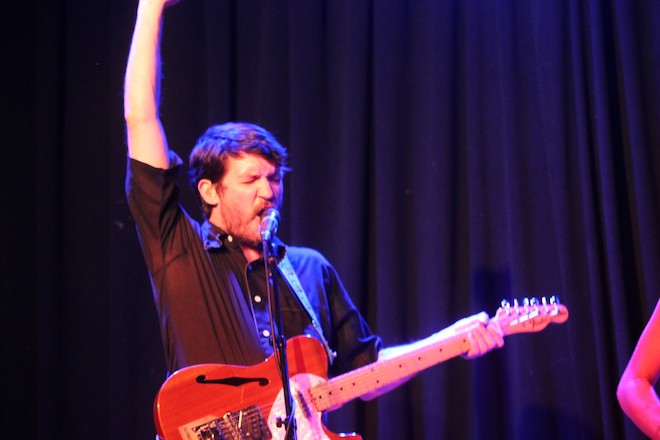 Speaking of change, Omaha-connected opener Big Harp is developing quite a reputation for shapeshifting. In principle, I like their mission statement:

"The truth is Big Harp doesn't really exist. It's kind of a catch-all that covers whatever Stef (Stefanie Drootin-Senseney,who plays bass and sings) and I (Chris Senseney, who plays guitar and some keys and sings) and now Daniel (Ocanto, who is the drummer) feel like doing at any particular time. None of our albums are really related to each other. We don't typically perform back catalog material; in fact, most of our songs have only been performed BEFORE they were recorded. Which could change, if we feel like it."

The practical results, though, can be disorienting and thwarting. Moreover, artists who change face so impulsively run the risk of seeming forever beta and embryonic.

Since 2011, Big Harp has been crafting woozy alternative twang that started out simmering but has gradually picked up pulse and texture. Now, on their brand-new album Waveless, they’ve taken their hardest, widest turn yet, completely jettisoning their previous foundation and breaking onto a new plane altogether. Their new fuzzed-out sound is deliriously psychedelic indie rock that would be at home among the more rambunctious rock fringes of the Elephant 6 collective. More unexpected than the pivot, though, is how cogent of a fit it is for them.

At their Orlando debut, they did the new direction justice by cranking it out with even more jump and vibrance in a Technicolor burst of loopy melodic fun and excellent guitar frenzy. Funny how a bull’s-eye can resolve everything.