Walt Disney World has finally announced the opening date of one of the most anticipated new restaurants coming to Downtown Disney (soon to be known as Disney Springs, some time in 2016 when renovations are supposed to be complete): Morimoto Asia will open on Sept. 30, and if the restaurant's posts to its Facebook page and Instagram are accurate, it will begin taking reservations on OpenTable on Sept. 16.

The restaurant will be Iron Chef Masaharu Morimoto's first Pan Asian eatery – although the menu has yet to be revealed, Disney is promising "flavors from across the continent, all with Morimoto's creative touch," and the restaurant's Facebook page promises that it won't completely replicate the menus of any of the other establishments owned by Morimoto (Morimoto has locations in Boca Raton, Chicago, Philadelphia, New York, Napa and more). Disney's announcement name checks a few of the items expected to be on the menu: moo shu pork, Peking duck, lobster chow fun, sweet and sour crispy whole fish, kung pao chicken, dumplings, shumai, bao, spare ribs, ramen, kakuni pork bao, and karaage fried chicken. We'll take one of each, please.

Morimoto Asia will be located in what Disney calls "the Landing" of Downtown Disney/Disney Springs – if you used to party hard at Downtown Disney back in the day, you'll remember it as Pleasure Island.

The new restaurant is going to be a two-story affair, and it'll feature lounges, a sushi bar, waterfront dining and an exhibition kitchen where diners can catch the chefs at work. The restaurant will serve lunch, dinner and a dim sum brunch on weekends. 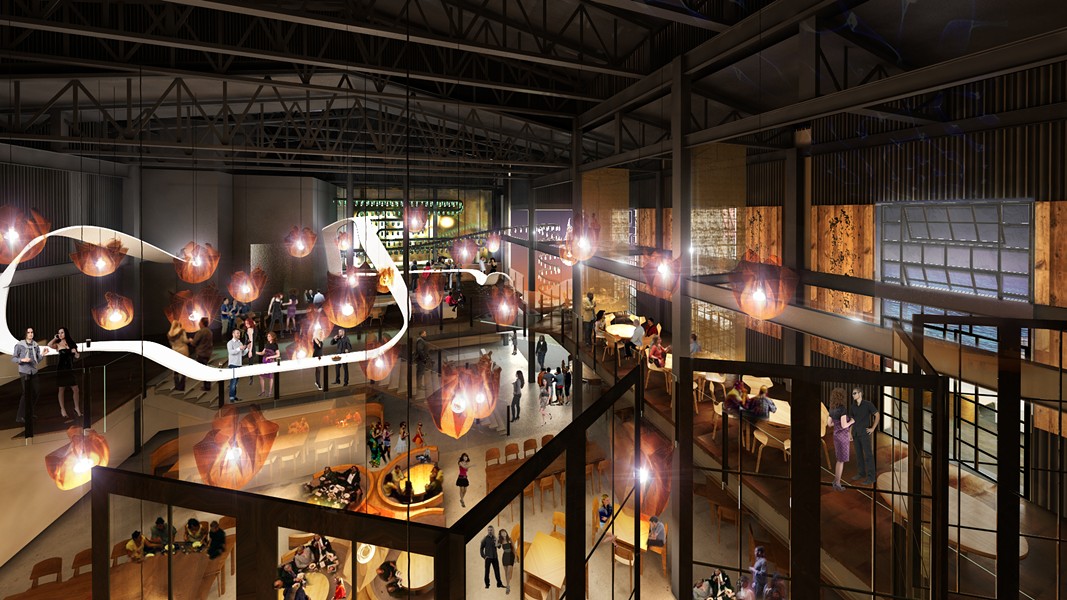