In case you missed my feature story last week, the latest local-boy-makes-good story is Christopher Paul Stelling, a Daytona Beach native whose first launchpad was the Orlando indie scene and who now tours as a signed man to heavyweight label Anti Records. 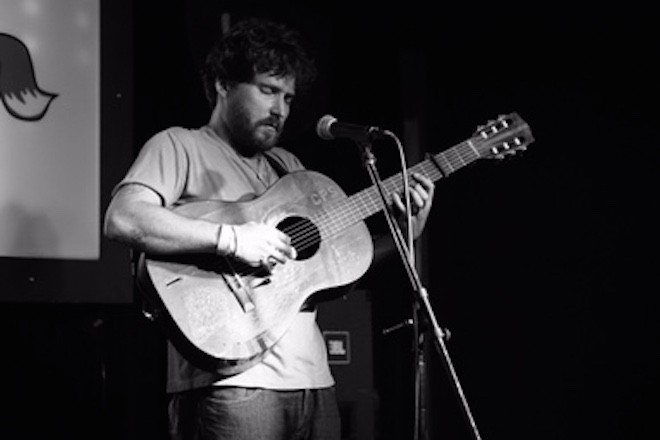 As good as he is on record, live is where he truly mesmerizes, something that his latest return reaffirmed (Sep. 8, Will’s Pub). The first thing that floors everyone is Stelling’s technique. But all that work is him executing the work of practically a whole band by himself, not doing stupid solos. Besides weaving a higher melodic thread count than most of us are accustomed to hearing from a solo acoustic guitar player, he often creates his own beat on the strings as well. The smart addition of a microphoned stomp pad to his set-up adds even more punch and punctuation.

When you have such mastery at your command, resisting wankery isn’t easy. Stelling, however, never lets the dazzle dictate. It’s all in service of the song. Despite his obvious gift of hand, he approaches his work as a songwriter, not a guitar player. And that always produces better music.

Of course, just when I note that, he breaks dramatic form and does a behind-the-back thing to inject some levity into the friendly gathering:


Marrow-tapping and road-chiseled, Stelling’s expression is detailed and deep. On reflective songs, his extraordinarily woven music can allure like a spider web glistening with morning dew. But on the more cutting ones, he awes as a tempest of fire and soul.

Befitting the homecoming of a former local, the intimate, historically significant crowd was dominated by people who helped define the Orlando indie scene of the mid-2000s, figures like his label mates on Sleepybird Orphanage (Crutch and the Giant Junshi) and cousin label Post Records (Mumpsy, Dodger, Dirt McCoy, Bob on Blonde). Even my photographer for the night, Michael Lothrop, was the drummer for Watch Me Disappear, another notable Post Records band. But as warmly nostalgic as this particular show was, Stelling is very much a current story in light of his recent milestones. And it looks like it’s only just beginning in earnest. 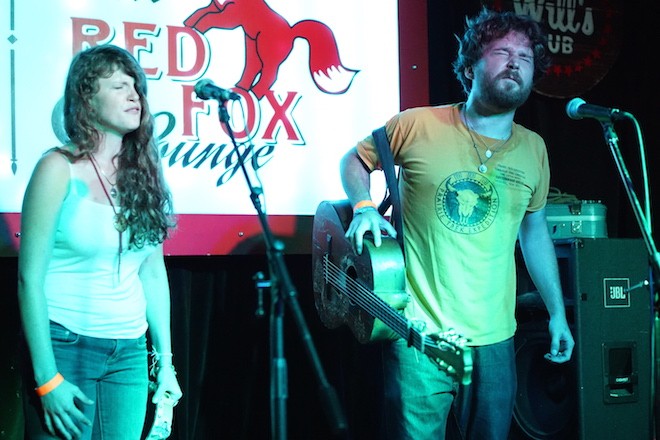