3 local fall beers to drink this weekend, plus a French Bulldog dressed as a pumpkin to get your weekend started right 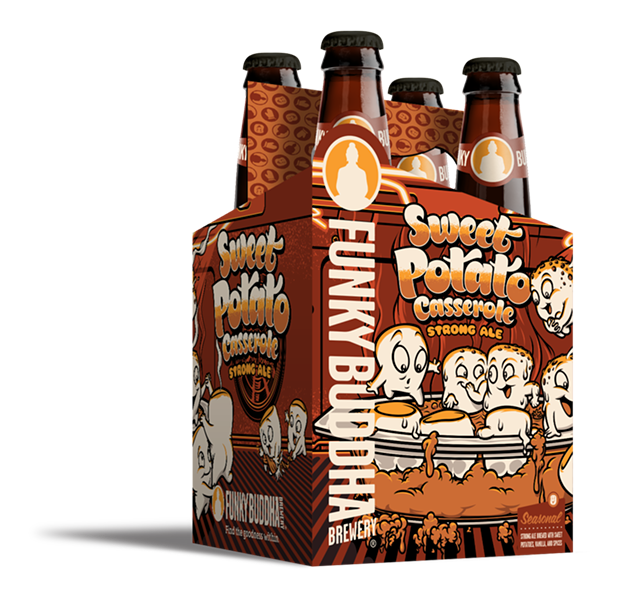 Since it's the first weekend of autumn (and also still as hot as summer), you'll probably want to cool down with a cold one while feeling fall-festive. Here are three local seasonal brews you'll want to crack open while you sit around the pool, swelter and pray to the humidity gods for some relief this weekend (it's coming, we swear).

1. Funky Buddha Sweet Potato Casserole Strong Ale, Oakland Park, FL: At 7.9% ABV, you'll probably only need one or two to get a nice buzz on. Maybe you're not a fan of the ooey-gooey marshmallowy Thanksgiving side dish, but this strong ale, available in both 4- and 12-packs, packs a potato-ey punch. It's $11.99 for a 4-pack, available at Total Wine, Whole Foods Market, ABC Fine Wine & Spirits, The Fresh Market, Trader Joe's, and select Publix locations.

2. Grateful Pumpkin Ale, Orlando Brewing, Orlando, FL: Going along with the throngs clamoring for everything Pumpkin Spice, this 5.3% ABV spice ale is full of cinnamon, nutmeg, allspice and clove. Get ready, because Oktoberfest is coming to the Atlanta Ave. brewpub, too, and $25 will get you a shirt, two pours of the Oktoberfest beer, and a commemorative mug.

3. Good Gourd Imperial Pumpkin Ale, Cigar City Brewing, Tampa, FL: Before you moan and groan and decry yet another pumpkin beer (we can hear you from here), this one is different. Instead of that pumpkin-pie-spice, you'll get more of a roasted-squash flavor (think acorn or butternut squash) with rich caramel notes. It's also 8.5% ABV, so you'll only need a few. Pairs well with costume parties.

And now, the video you've all been waiting for: a French Bulldog named Hammie doing tricks while dressed as a pumpkin. Happy Friday.