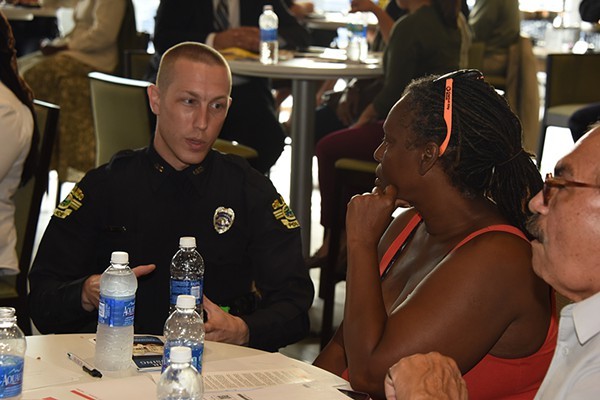 The second installment of Orlando Speaks, an "interactive workshop designed to strengthen relationships and trust between officers and residents," is scheduled for Oct. 13 at Edgewater High School, according to a city press release.

As we reported in August, the first Orlando Speaks event, run by the Valencia College Peace and Justice Institute, had some controversy and mixed reactions from participants.

First, there was the issue with reservations, which filled up quickly. Participants had to register in advance and some organizers protested outside the event because they felt it did not truly include the community.

According to Eventbrite, there are 135 tickets remaining for October's event, which you can register for here until Oct. 2 or call the city's Office of Community Affairs and Human Relations to save your space.

Although some participants said the workshop was a positive experience and good "diversity training," others called it a "missed opportunity" to address specific solutions that would discourage excessive force by officers, like mandatory body cameras that can't be shut off or an independently elected citizen police review board.