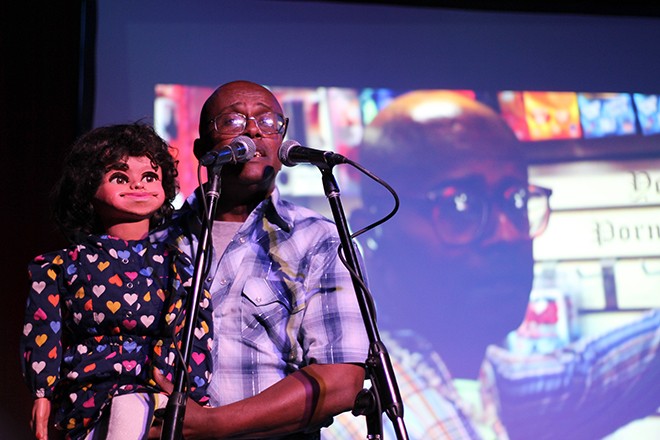 David Liebe Hart is known popularly for his roles on Adult Swim (Tim and Eric Awesome Show, Great Job!) and in underground music circles as one of the more illustrious outsider artists alongside luminaries like Wesley Willis. The noted eccentric came through back in 2012 with a punk rock band to open for Black Moth Super Rainbow. But this time he returns freshly rebooted with new electronic-minded collaborator Jonah Mociun (Th’Mole) to drop fresh material from his current album, Astronaut, and bring some new bump to his left-field classics. Expect a mind-bending multimedia show blending music and comedy that will include stand-up, his famous puppets, videos and an interactive exercise routine. You know, the usual David Liebe Hart stuff. After the show, fans can have some face time with the man himself and purchase his custom art.