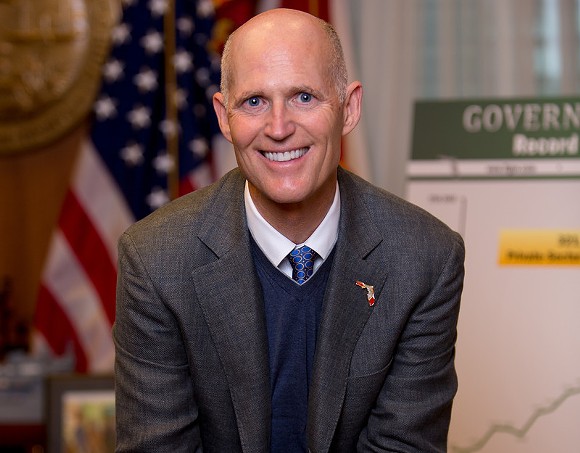 The fallout after Florida's witch hunt against Planned Parenthood continues as Politico is now reporting that the Agency for Health Care Administration's communications director has left her position.

Last week, Politico learned Gov. Rick Scott's office had scrubbed press releases about AHCA's investigation of Planned Parenthood in the state of pertinent information, like the fact that none of the 16 Planned Parenthood clinics investigated were guilty of mishandling fetal remains. The agency later said it discovered a clinic that didn't follow tissue disposal guidelines and three clinics performing abortions past the legally allowed second trimester, an allegation which Planned Parenthood says is false because AHCA intentionally reinterpreted its rules on when the second trimester ends.

Emails show Katherine Riviere, whose last day as communications director of the agency was Sept. 11, questioned why Scott’s office altered a press release on the investigation.

"I would have thought a line on no evidence of mishandling of fetal remains would be included as that’s what questions will be on," Riviere said in a message to senior staff, including AHCA Secretary Liz Dudek. In response, Dudek wrote she "agreed with the comment.”

Riviere, who is being replaced by Mallory Deason, told the agency she was leaving office so her husband could pursue business opportunities.