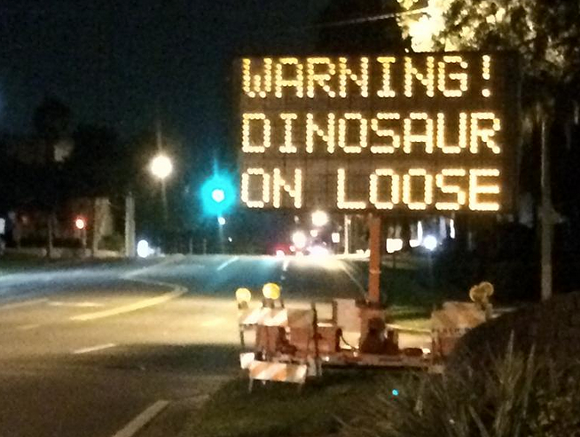 The electronic road sign on Bumby Avenue, just north of South Street, was once again hacked by local pranksters.

The blinking message, which warned motorists "WARNING: DINOSAUR ON LOOSE," first appeared roughly three days ago and has since been changed back.

The "hack" happened just six days after someone reconfigured the sign to say inappropriate things like, "EAT FARTS" and "HEY NICE DICK."

It's unclear whether or not it's the same person changing the sign's messages. However it is clear that this crime is insanely easy to pull off.

As funny as these messages can be, it is illegal to tamper with DOT equipment, so please don't think this is a good idea.