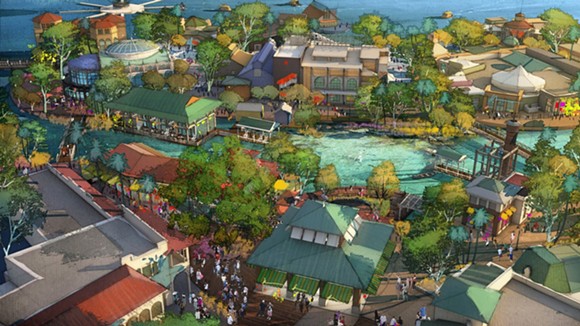 You have until Tuesday, Sept. 29 to utter the words "Downtown Disney," before Disney wads those words into a little ball and tosses 'em in the trash.

As part of a total facelift and rebranding effort, Disney World will now officially rename the popular shopping and entertainment complex Downtown Disney to Disney Springs, a move that has been in the works for some time.

Downtown Disney has been in a slow transition since Pleasure Island closed nearly 7 years ago. Back in April, the area opened The Boathouse restaurant in "The Landing" area, and just recently debuted the new Indiana Jones-themed watering hole Jock Lindsey's Hanger Bar.

Two new parking garages are in the works, as well as new retail outlets and restaurants, like the new Morimoto Asia restaurant, which is opening Sept. 30.