Another brawl broke out at a Florida Publix, a proving ground for deli fights 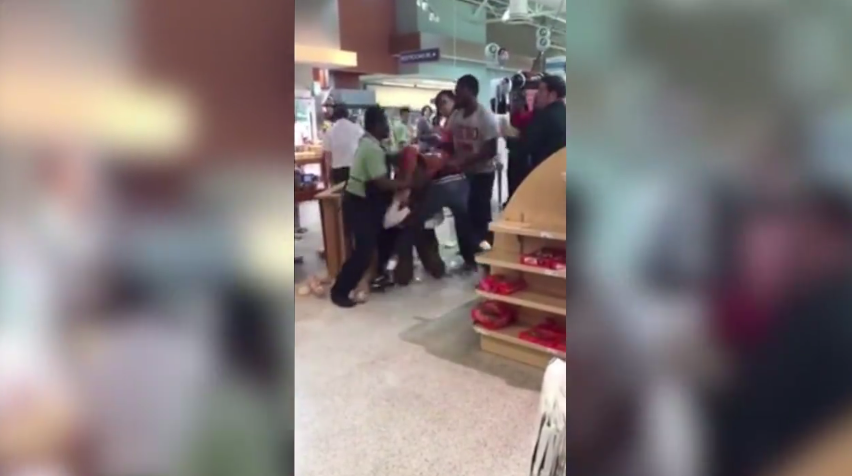 A fight between Publix customers and employees broke out in the deli section at a Publix grocery store in Temple Terrace, Florida. This marks the second time people have thrown down in a Florida Publix in the last three months.

A witness who recorded the September 16 incident told WFTS it started because "an older gentleman was being loud, obnoxious, and rude to deli employees. Other shoppers took offense and exchanged words with him."

59-year-old Raleigh Harris was ordering chicken from the deli when he got into an argument with a Publix employee. When 25-year-old Leon Travis Lightbody overheard Harris speaking disrespectfully to the female employee he jumped in the conversation and took up for the woman. Harris and Lightbody got into a heated argument and fist started swinging.


Not wasting any time, Publix has already released a statement regarding the fight. “An altercation occurred involving our customers. A couple of our associates placed themselves in harm’s way attempting to break it up. Fortunately, no injuries occurred. The safety and well-being of our associates and customers is our first priority. We’re very disappointed the incident escalated as it did, but thankful no one was injured.”


BRAWL AT THE DELI -- What could have possibly been so bad in the deli waiting line at a Temple Terrace #FL Publix that all of these people started fighting?! SMH... MORE: https://shar.es/17CDXB

See the video below.