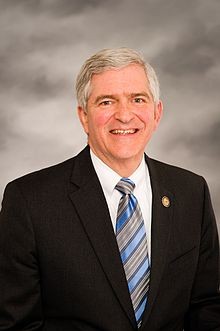 Orlando Congressman Daniel Webster, known mostly for ... well, not much except beating Alan Grayson in the 2010 election and complaining about how redistricting could threaten his incumbency, has announced that he's throwing his hat in the ring to replace outgoing House Speaker John Boehner. Boehner announced his resignation after experiencing some kind of confusing epiphany after seeing the Pope.

Webster tried to get this seat once before – in January, he broke ranks and ran against Boehner for the position. Webster tried to position himself as a more conservative leader than Boehner and lost. Shortly after the failed uprising, Boehner kicked Webster out of the influential Rules Committee.