In an extended comeback campaign that’s been filled with lots of notable happenings, local roots-rocker Mike Dunn has finally capped it with the official release of his latest full-length and a mini Southeast tour with likeminded big-name indie-rockers the Damnwells. For the special Orlando event (Sep. 24, Backbooth), Dunn and his band performed the new album in its entirety live, which was an excellent way to experience it.

As the very title practically admits, Hard Luck Soft Rock doesn’t have the blinding exuberance and bite that made his 2007 debut The Edge of America essential and an instant classic. Dunn’s a grown man now and conducts himself like a wholesome 32-year-old should. But, really, this is where he was headed the whole time. I mean, the dude was already reminiscing about lost youth and singing about “getting older” on his debut record at the wise age of 23. There’s some gooey balladry on Hard Luck but this outing is a return to form. Dunn’s heartland-style rock has always been best when he goes big with wide open anthems, and he does it with enough frequency and verve here to suggest he’s aging with dignity.

Without an oblique bone in his body, Dunn’s as straight of an arrow as they come. For this most earnest of men, it’s more about heart than art. Being straightforward, however, isn’t a bad thing when you fly this true. And like an Orlando sunset, it’s awfully nice to be back in Dunn’s golden rays again. 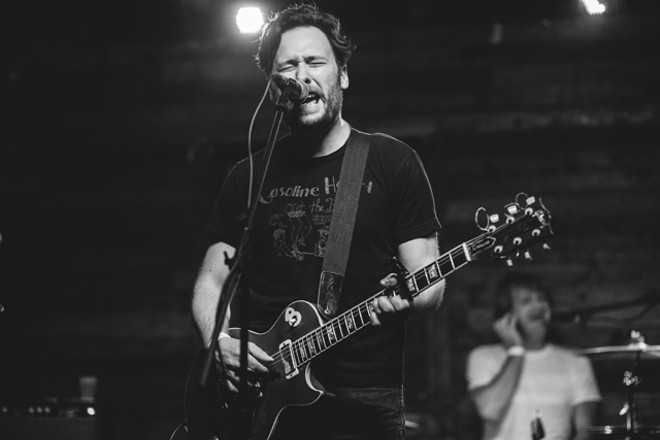 The Damnwells are an established and esteemed Brooklyn band. Rather than the fashion that implies though, they’re a very straight-ahead roots rock band with an open, classic melodic sense more evocative of middle America. Reinforced by their high-quality, no-nonsense performance (with Dunn on keyboards), these guys are more concerned with core and heart than edge and flash. That may not make them the sexiest band alive but their fundamentals make them a pretty likeable one.