'Finders Keepers,' an odd doc about a man's missing leg, opens at Enzian on Friday 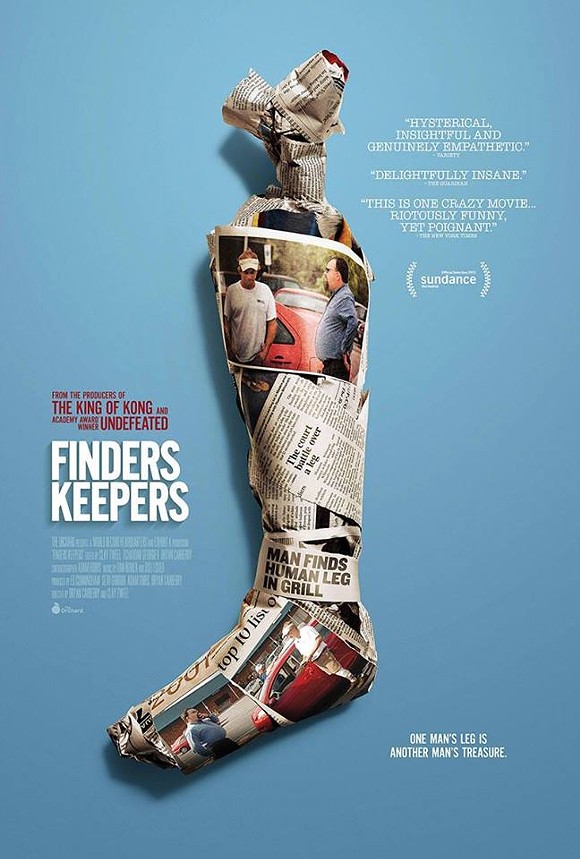 John Wood has a bone to pick with fellow North Carolinian Shannon Whisnant: his own. Through a bizarre set of circumstances, Whisnant came into possession of Wood’s amputated left lower leg, and, in a moment that would embarrass even Jerry Springer, is seeking to profit from the display of said appendage.

But Wood won’t stand for that. Although he lost the extremity fair and square (sort of) after he forgot to pay the rent for a storage unit housing the lower leg, his reasons for wanting it back are legitimate. First, it’s his own body part, which was amputated following a plane crash. Second, he wants to include it in a memorial to his father, who died in the crash.
“If he can hang onto this leg and keep it in this world with him,” Wood’s sister says, “then that’s his dad.”

Although Wood has a moral right to reclaim his limb, only a judge can decide whether he has a leg to stand on legally.
The story sounds like a “15 minutes of fame” anecdote better suited to a short film, but in the hands of directors J. Clay Tweel (King of Kong) and Bryan Carberry, Finders Keepers is more than just a silly struggle between rival hillbillies. Though the documentary is outrageously funny and has all the odd charm of both Errol Morris’s Tabloid and Julien Nitzberg’s The Wild and Wonderful Whites of West Virginia, it’s also a surprisingly human tale of misguided priorities and redemption.
“It’s a funny story,” Wood’s mom tells us, “but it’s born of tragedy.”

The movie will open on Friday, Oct. 2, at 9 p.m., at the Enzian Theater in Maitland. Wood will be there for a Q&A.