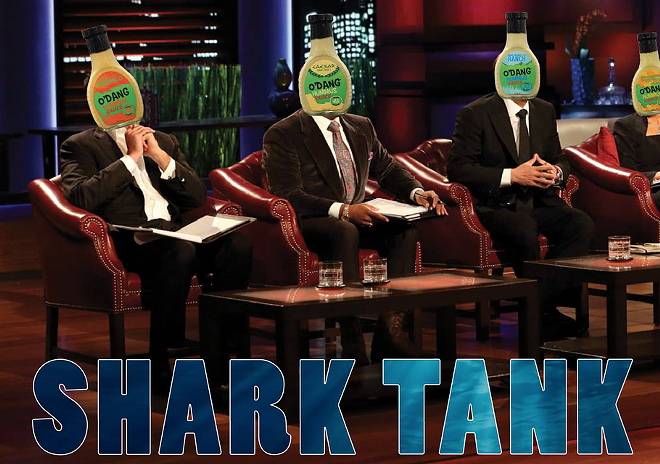 Imagine a world where ranch dressing is only 30 calories per serving, and hummus comes in flavors like Bombalicious Buffalo Wing. Jesse Wolfe, a 28-year-old UCF student, is making this low-fat fantasy a reality with his start-up company O’Dang Hummus which has been racking up accolades and awards since the company was founded in 2013.

Wolfe, the CEO, started making his own hummus after having his wisdom teeth removed in 2012. Three years later, the business management major is selling out of his product at the weekly farmers market at Lake Eola.

In June, Wolfe and his marketing director, Ryan Atkins, applied to the ABC TV show Shark Tank, on which a panel of investors critiques products pitched by entrepreneurs – if the panel sees enough potential in a product, they'll sometimes make a bid to back it as well. Out of more than 40,000 applicants for the show, O’Dang Hummus placed in the top 120, and earned the young entrepreneurs an appearance. “I’m a guy with hummus.” Wolfe says. “We’re winning these competitions, beating out tech companies. It’s crazy.” On the show, Wolfe presented sharks Robert Herjavec, Lori Greiner, Barbara Corcoran, Kevin O’Leary and Mark Cuban with several original flavors of hummus and revealed the company's newest product, a line of all-vegan, preservative-free salad dressings. According to Wolfe, the judges, ate it up.

Want to try O’Dang Hummus? It's for sale at The Meat House in Winter Park and Nature’s Fuel Urban Juice Bar in the UCF Area. Publix grocery stores recently placed an order for several flavors of O'Dang's salad dressing to be stocked in 1,100 locations across the state. And somehow Wolfe is still on track to graduate from UCF this fall (Atkins is an alum).

If you’re interested in what the sharks had to say about O'Dang Hummus, you’ll have to tune in; Wolfe refused to give us any spoilers. The show airs on Friday, Oct. 2, at 9 p.m. EST on ABC. Those close to UCF can swing by the campus for the official watch party, hosted by Wolfe and the O’Dang Hummus team in the Student Union. Festivities start at 8 pm, with plenty of hummus to go around.