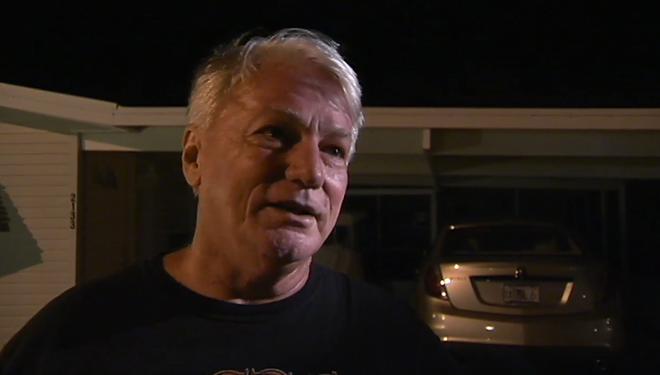 Bryant told WFTV that he let his 2-year-old Yorkie named Tigger outside to go to the bathroom, when the dog started barking at something in the backyard.

"Just about the time my [motion] lights came on the dog quit yelping and the first thing I see is the bear coming right at me. He started running right at me," Bryant said.

According to WFTV, Bryant started to run back to the house, however bear quickly caught up with him.  "He had no problem knocking me down with one swipe," said Bryant.

Bryant's wife then opened the door and screamed, which is what her husband believes frightened the bear enough to allow him to scramble inside to safety.

Luckily, Bryant emerged uninjured from the his face-off with the bear.

As of now, officials with the Florida Fish and Wildlife Conservation Commission are attempting to trap the bear.