This morning, Amazon announced the launch of its newest endeavor, Handmade at Amazon. The service showcases handmade goods – stuff that's handmade by artisans and artists, not resold or factory-produced – for sale from independent makers from around the world. You can even use location filters to shop for products from sellers in your state, or from specific countries.

You can buy stuff like this oil painting of a baby giraffe:

Or this mug lapel pin shaped like the state of Florida: 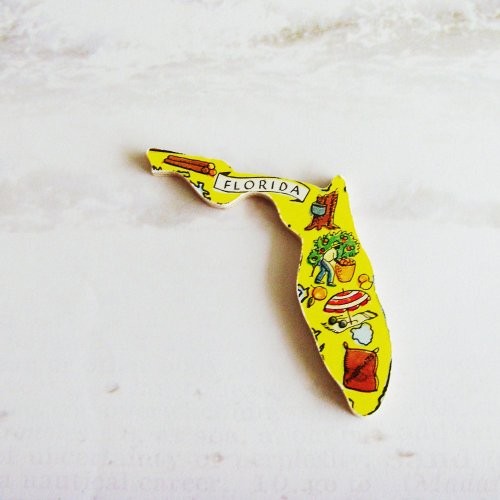 Sound familiar? That's because it's a complete carbon copy of popular handmade site Etsy.com, which has offered a similar service since its founding in 2005. Etsy grew rapidly, and in 2010, the company made its IPO and reported more than $2 billion in annual sales. At the end of the second quarter of 2015, Etsy reported that it had 1.5 million active sellers, 21.7 million active buyers and took in $61.4 million in total revenue. Unlike Amazon, which is (for now) insisting that all products it sells through its service be legitimately handmade and not factory produced, Etsy changed its policies in 2013, allowing some artisans to farm out work to manufacturers – a move that some say abandons the whole notion of being a true artisans marketplace.

How do the two services compare, from a seller's perspective?

Etsy charges artisans no monthly fee, and it costs 20 cents per month to list an item for four months, or until it sells. Once an item sells, Etsy collects 3.5 percent of the sale prices of the item.

Amazon, on the other hand, will charge artisans a $39.99 monthly fee if they sell more than 40 items in a month (those fees won't kick in until Aug. 1 2016, though, so you can try the service out for free until then). It also plans to collect a 12 percent "referral fee" for all transactions.

Handmade at Amazon went live this morning. You can browse the marketplace here.