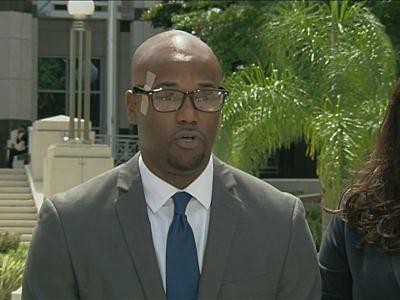 State Attorney Jeff Ashton announced in a letter to Orlando Police Chief John Mina that he would not press criminal charges against Officers David Cruz and Charles Mays for their use of force in the June arrest of South Florida banker Noel Carter.

Carter was at Venue 578 downtown when he got into an argument with a woman, who officers believed was involved in a "dating violence" situation. Cruz and Mays tried to arrest Carter, who they say resisted their attempts. Officers blasted Carter with pepper spray and then used a Taser on him, so he started running away from them.

The two officers were later caught on video by a woman watching from her apartment balcony as officers kickedCarter and Tased him while he lay on the ground. Carter was later charged in August with battery on an officer, resisting an officer with and without violence, and misdemeanor battery.

Carter and his attorney Natalie Jackson called on the Office of the State Attorney to do an independent investigation. In his letter to Mina, Ashton says the force used by officers in each instance was a "reasonable response" to resistance by Carter. In a statement, Jackson says:

"We will be filing a criminal complaint with the Department of Justice tomorrow and asking for federal criminal charges against Officer Mays and Officer Cruz. We will also be asking the DOJ for a federal corruption and conspiracy investigation of OPD, FDLE and the State Attorney's Office. A person can lawfully resist (even run away from) a police officer's violent abuse of him or her. Nowhere in the laws of the land will you find where citizens have to stand still and allow police to beat them up."

You can read the clearance letter and use-of-force case review below.