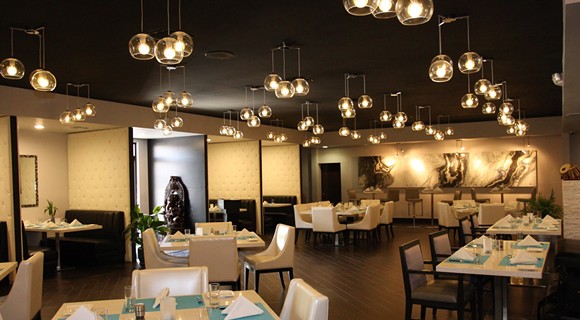 In addition to dropping the "Bar & Grill" from their name, Tabla has hired a new executive chef (Ian Piamonte, formerly banquet chef at Ritz-Carlton, Amelia Island) and expanded their Indian menu to include Chinese and Thai cuisine, including dishes such as chicken tikka masala, Thai green curry, gobi Manchurian, General Tso's chicken (see our review of the documentary The Search for General Tso here) and chocolate samosas.

TR Fire Grill will open next month next to the newly opened Zona Fresca in the Ravaudage complex in Winter Park.

Look for the Beef Jerky Outlet to open in Waterford Lakes Town Center in mid-November.

The much-anticipated Black Rooster Taqueria on Mills, which local food media (including us) have been reporting as "opening soon" since last year, is shooting for a December opening. Restaurant permitting in Orlando: It's a bitch.

Look for Nova Restaurant, which local food media (including us) have been reporting as "opening soon" since April, to open in the former Elliott's Public House/Brian's Restaurant space in Ivanhoe Village next month. Restaurant permitting in Orlando: It's a bitch.

La Madeleine Country French Café opens in the Florida Mall Oct. 29 and the Mall at Millenia Nov. 12. The first 50 people in line at 6:30 a.m. on opening day of both locales will receive a weekly supply of fresh handmade breads for a year.