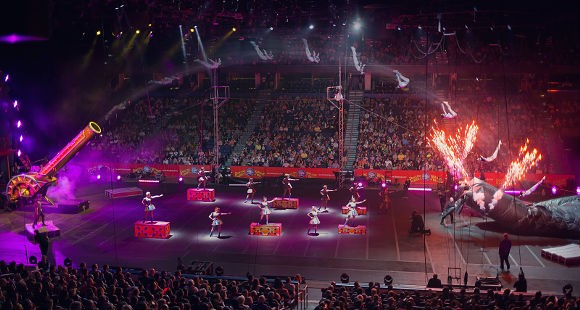 Next week, as part of Captain Morgan's "Cannon Blast Bar Crawl," the rum company will load a willing and able man into a cannon and fire his body from bar to bar in downtown Orlando.

To help promote their new shot innovation Captain Morgan Cannon Blast, Captain Morgan has enlisted world famous human cannonball Brian Miser (aka The Human Fuse), a man who claims to have been fired from a cannon more than 6,500 times and holds the world record for "the only human to ever be shot into the air while on fire."

According to a press release from Captain Morgan, Miser is the mastermind behind building his cannon, which is "meticulously crafted with years of circus secrets."

The rum-fueled cannon blasting will commence on Saturday, Oct.17, at approximately 6 p.m. in Wall Street Plaza.

Here's a clip of the Human Fuse practicing his "getting lit on fire and shot from a cannon" routine on a giant crossbow: